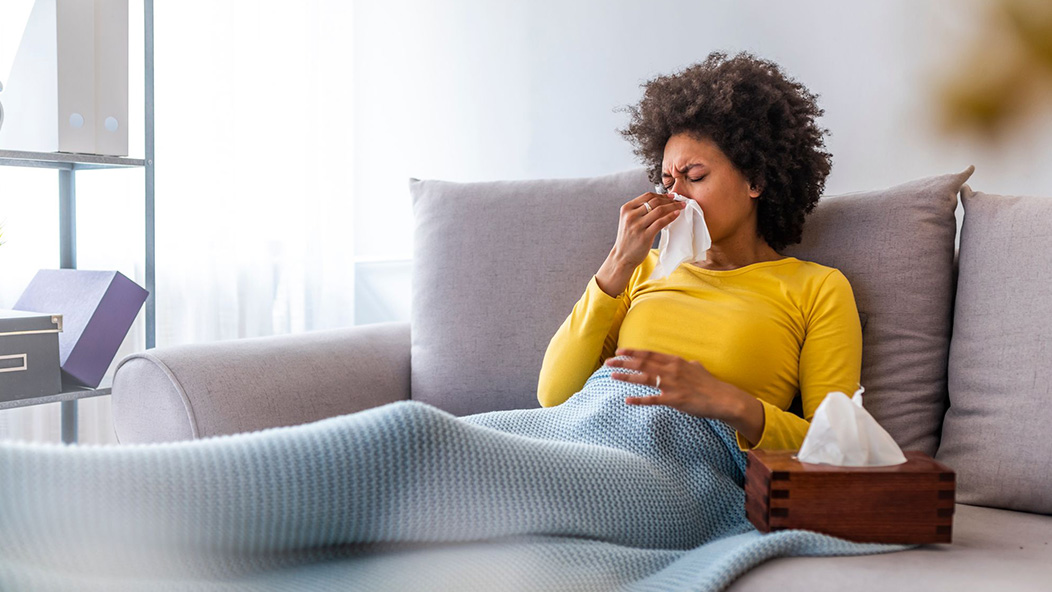 Common Winter Illnesses (and How to Avoid Them)

Has your mom ever told you to not go out in the cold with wet hair or without a coat? While getting sick strictly because you’re overexposed to cold is a myth, there is some truth to cold air having an effect on our immune systems. Viruses usually enter the body through the nose. When the nose is exposed to cold air, the clearance of mucus from the nasal passage slows down and viruses are able to stay near the nose longer, giving them more time to make their way into the body. Additionally, when body temperature is low, the immune system takes longer to fight off viruses and other illnesses.

Another culprit is time spent indoors during winter. Not only are we in confined spaces with other people longer, but we also tend to be more exposed to others, with crowded shopping centers, family celebrations, and get-togethers with friends.

Here are some of the most common winter illnesses and how to avoid them:

Colds are called common because they happen all the time to everyone! But they’re even more common in winter months. There isn’t one specific virus that causes a cold, but every type of cold has similar symptoms including nasal congestion, sore throat, cough, headache, fatigue, and, in some cases, a low-grade fever.

While there is no cure for the common cold, you can help avoid catching it by washing your hands frequently throughout the day, disinfecting shared spots in the house such as light switches, doorknobs, and toilets, and taking vitamin C.

Often confused with a cold, flu, or influenza is an infection of the respiratory tract, which includes your mouth, nose, throat, and lungs. While some symptoms mimic a cold, the flu is a more serious condition that can have complications. Each year, 5% to 20% of Americans get the flu and many people end up in the hospital, particularly if they are already immunocompromised, very young, or elderly. Symptoms include exhaustion, body aches, sneezing, cough, sore throat, headache, and moderate to high fever. Nausea, vomiting, and diarrhea can also occur.

If you see a doctor at the onset of flu, an antiviral prescription medication like Tamiflu may help lessen symptoms and the length of your illness. The best way to avoid the flu is to get the flu vaccine each year at the start of the flu season (typically September or October). You can also help avoid getting infected by avoiding surfaces that could be contaminated, washing your hands regularly, and staying clear of others who have the flu or are showing symptoms. 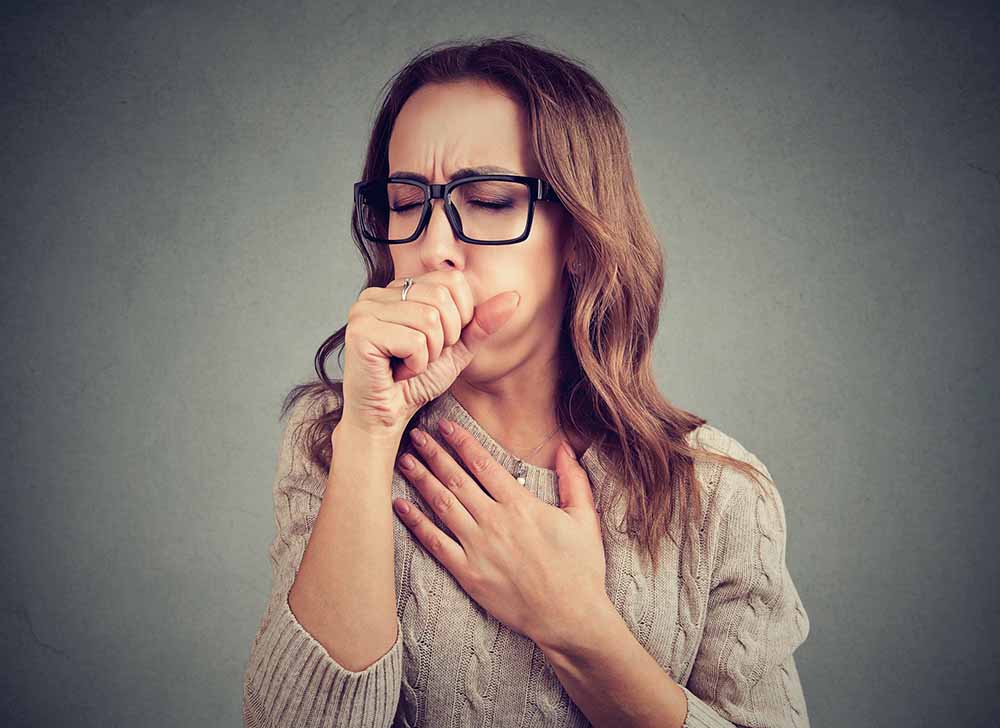 Bronchitis is an inflammation of the tubes that carry air into the lungs. This results in an abundance of mucus and a seemingly nonstop cough that may start dry and become mucus-producing. Bronchitis most often develops after having a cold or the flu and can last for a couple of weeks to months. It is not in itself contagious, so after the initial cold or flu has ended, you can return to work or school.

You can avoid developing bronchitis by avoiding catching a cold or the flu. It’s also helpful to use a humidifier and over-the-counter medications that thin out mucus to avoid mucus building up in the lungs.

One of the more serious illnesses common to winter is pneumonia, an infection of the lungs that causes air sacs to fill with fluid and pus. It’s most often caused by bacteria, fungi, or a virus. Symptoms include a mucus-producing cough, heavy sweating, chills, rapid breathing and shortness of breath, high fever, confusion, fatigue, and a stabbing pain in the chest that is worse with coughing or deep breathing.

While only bacterial pneumonia can be treated with medication, you should still see a doctor if you suspect viral pneumonia since the illness can take a serious turn at any point. In fact, about 50,000 people in the U.S. still die from pneumonia each year.

As with bronchitis, you can avoid pneumonia by washing your hands regularly, staying away from others who are ill, and treating a cold or flu properly.

Whooping cough, also known as pertussis, is a contagious bacterial infection that mostly affects young children. The illness is spread through infected people coughing, sneezing, and breathing on others, which is difficult to control among small children, and typically begins with a common cold. The telltale symptom is a “whoop” sound at the end of a cough. Other symptoms are sneezing, runny nose, watery eyes, and fever. It can last up to 10 weeks and can lead to pneumonia and other complications.

Because it’s a bacterial infection, whooping cough is treated with antibiotics. Those infected should avoid exposure to smoke, dust, and other things that can trigger a cough. There is a vaccination that protects against whooping cough called DTaP, but with fewer children being vaccinated, the illness is on the rise. Getting children vaccinated, with a booster every 10 years, is the best way to avoid getting and spreading whooping cough.

The number one cause of viral respiratory infection and pneumonia in children under the age of 1 is RSV, or respiratory syncytial virus. While RSV itself produces mild, cold-like symptoms, it can quickly develop into a more serious condition like pneumonia in infants and in the elderly.

For this reason, parents should limit exposing newborns and infants to others, particularly those who are ill or show symptoms of illness. If coughing progresses to wheezing, the infected person should see a doctor immediately. 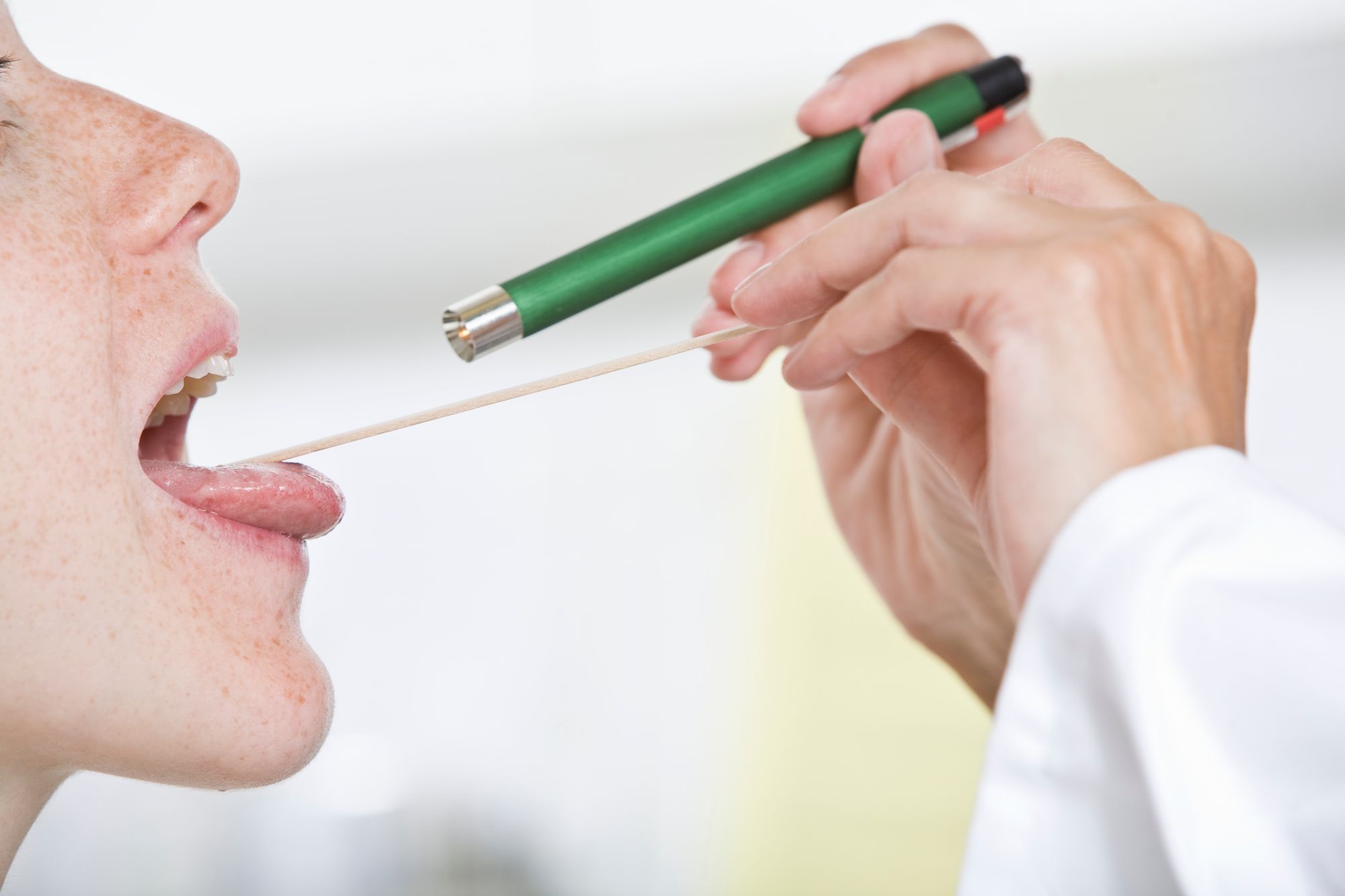 Most common in school-aged children, strep throat is an infection in the throat and tonsils caused by bacteria called group A Streptococcus. While it can start as a normal sore throat, strep rapidly evolves into a severely sore throat, with pain when swallowing, red, swollen tonsils, swollen lymph nodes in the neck, and tiny red spots on the roof of the mouth. A high fever is also common. Other symptoms may include headache, stomachache, nausea, vomiting, and, less often, a rash known as scarlet fever. It is most likely NOT strep throat if a cough, runny nose, hoarseness, or pink eye are present.

Strep throat is highly contagious, so avoiding people who have it is the best way to avoid catching it. To prevent spreading the illness to others, stay away from work, school, and social situations if you have a fever. If you do suspect strep, you’ll need to see a doctor for a rapid strep test or throat culture for proper diagnosis, as well as for antibiotics to treat the infection.

Norovirus is so common in winter months it has been called the “winter vomiting bug,” although it can occur any time of year. It’s an extremely contagious stomach bug that causes severe stomach pain, vomiting, diarrhea, headache, fever, and body aches. It can also lead to dehydration, which causes decreased urination, dry throat and mouth, and dizziness.

It’s difficult to avoid norovirus, since it spreads so easily. Just a few virus particles from one person can infect many others. The illness can even spread through contaminated food and water. If you know someone with norovirus, avoid direct contact with them. Also be sure to wash your hands frequently and disinfect commonly used areas of the home.

With all of these common illnesses, it can seem impossible to stay healthy all winter long, but your risk of getting sick decreases when you take simple preventive measures.