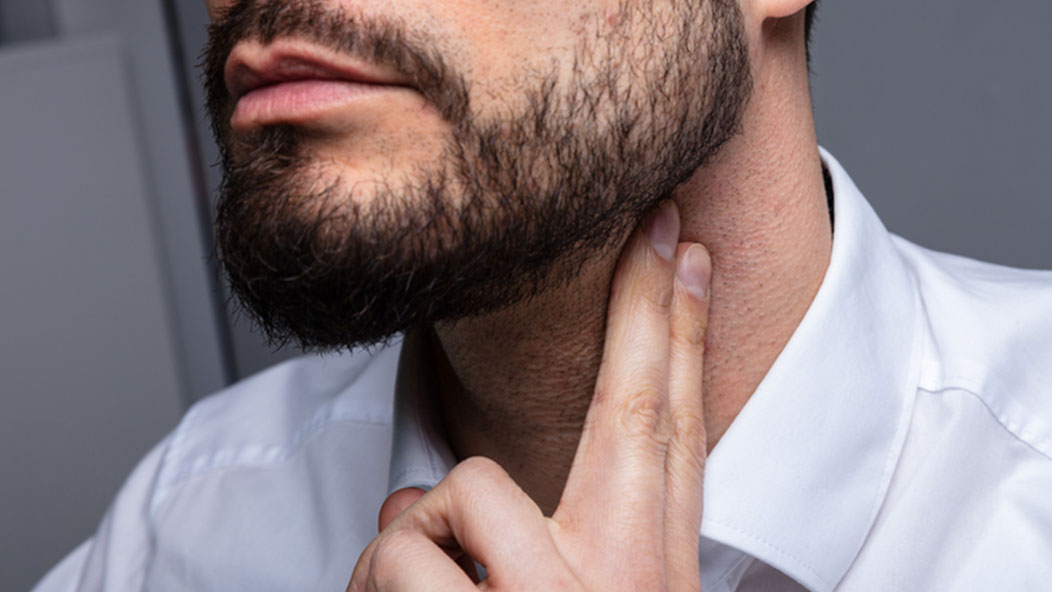 Harlan E. Smith knows firsthand the benefits of minimally invasive surgery versus open heart surgery: a shorter stay in the hospital and quicker recovery. When a blockage was found in his carotid arteries (the two large blood vessels at each side of the neck), he returned to the same physician who had previously treated his abdominal aneurysm with stent grafting: Kelsey-Seybold Chief of Cardiology Ali Mortazavi, M.D.

“I’m convinced I would not be here today if I had not been referred to Dr. Mortazavi,” Harlan said. “He is the expert. After he repaired my abdominal aortic aneurysm, he said there was a high probability that I would some day have blockage in my other arteries. He also told me my blood pressure needed to be kept under control.”

The carotid arteries are the two large blood vessels at each side of the neck. When the arteries become narrow or blocked, the lack of blood flow and oxygen to the brain can cause a stroke. Harlan had blockage in both carotid arteries (nearly 90 percent on one artery and 80 percent on the other artery), and ended up having two stents (wire mesh tubes) inserted — one in each artery — within two months. The stents help to keep the blocked arteries open in much the same way as a balloon is used in angioplasty to open a blocked coronary artery.

“I never missed a beat. I was up and about and walking within a day — both times,” Harlan said. “When I had open heart surgery in 1995, I was in the hospital for a week, and the recovery took six weeks.”

Traditional surgery would have involved an incision into the neck to open the carotid artery, as well as a longer in-hospital stay and recovery time. Instead, Dr. Mortazavi inserted a tiny catheter with a collapsed stent (a fine, tubular wire mesh) through a small incision in the groin. Using X-ray imaging, he then guided the catheter up to the blockage in the neck and inflated the stent to restore normal blood flow.

Carotid artery stenosis – or blockage — occurs when the carotid arteries narrow, usually due to the buildup of fatty materials under the inner lining of the arterial wall. The blockage can cause a sudden loss of brain function (stroke). The risk of stroke increases with the degree of blockage. Generally, surgery is recommended if the blockage is more than 70 percent.

With traditional, “open” surgery, the physician makes a cut (incision) in the neck to expose the artery. He or she then makes a cut in the artery and removes the blockage. The artery is repaired and the incision in the neck is closed with stitches. This is major, invasive surgery requiring hospitalization and a recovery period.

With minimally invasive procedures, there is no incision in the neck or the artery. Instead, the collapsed stent is inserted through a small incision in the leg. Benefits include a shorter hospital stay (within 24 hours), faster recovery, and no large incision or scar.

“Carotid artery disease,” Dr. Mortazavi explained, “affects the vessels leading to the head and brain. Like the heart, the brain’s cells need a constant supply of oxygen-rich blood. A stroke most often occurs when the carotid arteries become completely closed or are blocked by the buildup of plaque (fatty substances) in the inner lining of the blood vessel. Pieces of the plaque can break off and travel upstream to the brain, causing a stroke. The brain doesn’t get enough oxygen.”

Each year, 500,000 people suffer a stroke. Nearly one-third (30 percent) of those strokes are the result of carotid artery disease.

For years, the only way to repair a blockage in one or both of the carotid arteries was traditional open surgery involving a large incision in the neck. With the new, minimally invasive procedure, the stent is inserted endovascularly (within the blood vessel) through a small opening in the groin.

This less invasive procedure benefits patients with serious medical conditions who are at higher risk for surgery. The physician inserts a fine wire, which travels inside the catheter, and guides it to a point beyond the lesion (blockage). The wire has an umbrella-like filtration tip that provides protection from floating debris. Once the filtration device is in place, the stent is expanded. The stent holds the artery open, restoring the blood supply and helping to prevent the risk of stroke in the future.

Harlan Smith had complete confidence in Dr. Mortazavi and what he recommended.

“Every time I meet with him he takes the time to thoroughly review my medical history,” Harlan said. “He reviews all the charts and records, discusses the pros and cons, and always answers all my questions. I feel better today than I did after my open heart surgery in 1995.”

Dr. Mortazavi is one of several physicians at the Texas Heart Institute at St. Luke’s Episcopal Hospital who are currently involved in a nationwide clinical trial to test the effectiveness of stents versus surgery for preventing strokes in patients with carotid artery disease. The procedure used with Harlan Smith is an investigational protocol approved by the Food & Drug Administration (FDA) and reviewed by the institutional review board at Kelsey-Seybold Clinic and St. Luke’s Episcopal Hospital.

The early results are promising. In the last four years, Dr. Mortazavi and his colleagues have treated more than 120 patients with this procedure. The technical success rate has been 98.7 percent. There was a very minor percentage who suffered a stroke. These results compare with the worldwide experience of more than 5,000 patients, in which the success rate was 98.4 percent with only 3.4 percent suffering a stroke.

“The new minimally invasive treatments we have for opening up blockage in the carotid arteries are the cutting edge of medical care,” Dr. Mortazavi explained. “We’re one of the few local medical groups to offer this procedure. It has lots of pluses — a quicker recovery time, smaller incision, and reduced medical risk.”

While Dr. Mortazavi utilizes the latest technology, he notes that prevention and awareness are vital in managing the disease.

“I try to stay at the cutting edge of technology to give my patients every edge in the battle against heart disease, but I sincerely believe that the most important part of the battle is prevention,” the doctor said.

Dr. Mortazavi urges his patients to take steps to take control of their risk factors.

“Control your blood pressure and cholesterol with lifestyle modifications and medications, if necessary,” the doctor said. “Eat healthy, low-fat foods and lots of fruits and vegetables. Don’t smoke. Drink in moderation. Exercise. That’s advice you’ve heard before, but you know what — it really works. If the disease can’t be prevented, it can still be managed.”

Are There Any Symptoms?

“There really aren’t any symptoms of carotid artery disease prior to a stroke,” noted Dr. Mortazavi. “The physician must be a good detective and thoroughly examine the patient and order appropriate testing.”

While Dr. Mortazavi specializes in interventional cardiology, heart disease prevention and awareness are his focus. 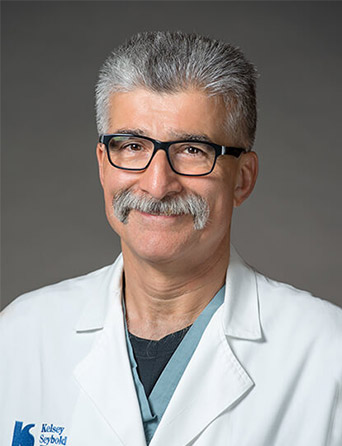 Dr. Ali Mortazavi is Chief of Cardiology at Kelsey-Seybold Clinic. His clinical interests include interventional cardiology, lipid management, percutaneous valve procedures, and endovascular aortic aneurysm repair. "When people are ill, they are at their most vulnerable. If I am able to reverse the process and make an impact on their lives, there is no greater reward than that."
Previous Post
Next Post