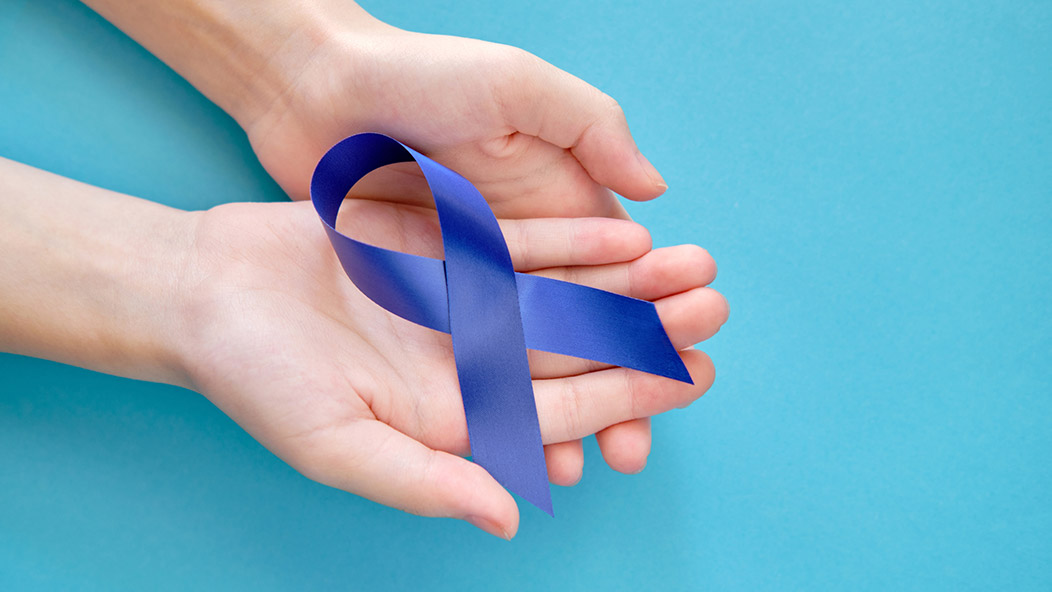 Your family and friends may not enthusiastically put colon or rectal cancer at the top of their lists of things to discuss. But colorectal cancer is the third most common cancer in the United States, most often occurring in people older than 50. Kelsey-Seybold physicians recommend having regular colorectal cancer screenings usually beginning at age 45 to 50, or earlier if a close relative had colorectal cancer, you’re dealing with inflammatory bowel disease, or at an even younger age should your physician feel there is a need.

What Is Colorectal Cancer?

Colorectal cancer develops when abnormal cells grow in your colon or rectum. These cells can form tumors that may become cancerous.

“When found early, colorectal cancer is treatable and beatable. Fairly simple screening tests can prevent this cancer, but close to half of the population older than 50 isn't screened,” says says Muhammed Nathani, MD, FACP, FACG, a Gastroenterology specialist at Kelsey-Seybold.

Most cases begin as polyps – small, grape-sized growths of excess tissue on the inner surface of the intestine. Not all are cancerous, but they could become so. That's why doctors prefer to have them removed.

What Are the Symptoms?

Colorectal cancer and polyps usually don’t cause symptoms in early stages. That's why early detection is so important. Once they grow to a significant size, symptoms may start. See your doctor if you have any of these symptoms:

How Is Colorectal Cancer Diagnosed?

You will need a test, usually a colonoscopy, that lets the doctor see the inside of your entire colon and rectum. During this test, your doctor will remove polyps or take tissue samples from any areas that don't look normal. The tissue will be microscopically examined for the presence of cancer cells.

CRC screening is now grouped into two categories: prevention tests and cancer detection tests. The American College of Gastroenterology, as well as gastroenterologists at Kelsey-Seybold Clinic, consider the colonoscopy the preferred screening technique.

A colonoscopy should be performed beginning at age 45, and every 10 years thereafter. However, not all eligible persons are willing or able to undergo colonoscopy. In these cases, patients may be offered an alternative CRC prevention test, such as a flexible sigmoidoscopy every five to 10 years, a computed tomography (CT) colonography every five years, or a fecal occult blood test (FOBT).

Although women are at slightly lower risk, current guidelines recommend equal screening strategies for both genders. If you have a family history of this cancer, you may need to begin screening at age 40, or earlier.

Our goal at Kelsey-Seybold is prevention and early detection. We combine high-quality compassionate care with technology for diagnosing and treating cancer.

The most commonly used screening tests we perform are:

Colonoscopy: Examines the entire colon and detects cancerous and pre-cancerous growths in the colon. It’s the most effective screening strategy for colorectal cancer. It involves an outpatient procedure performed under sedation in the Endoscopy Suite at Kelsey-Seybold's Surgery Center (located in both Spring and at the Berthelsen Main Campus). Patients preparing for this procedure need to take a laxative to clean out their bowel and provide a clean view of the colon.

Flexible sigmoidoscopy: This procedure uses a flexible scope to examine the lining of the rectum and the lower part of the colon. A sigmoidoscopy is not as thorough as a colonoscopy because only part of the colon is visible. It’s done without sedation and often combined with other tests, such as the fecal occult blood test (FOBT).

Fecal occult blood test (FOBT): This test is utilized mostly by primary care physicians. Rather than prevention, it’s a cancer detection test that checks for blood hidden in stool. False-positive and false-negative results remain an issue.

Barium enema: Rather than using a scope to detect polyps, a contrast enema and X-ray of the colon are used to screen for polyps. This test is usually done in the Radiology Department and requires a bowel prep. A barium enema is typically performed when the patient doesn’t want a colonoscopy.

Fecal DNA test: This is a relatively new test that many patients may be familiar with because of Cologuard, an at-home version of the test. Colorectal cancer sheds DNA in the stool, which is then collected and tested. This test is becoming increasingly popular because of its ability to be done at home and sent in for results.

CT colonography: Also referred to as "virtual colonoscopy," this test is performed in the Radiology Department and read by radiologists. A positive test will usually lead to a colonoscopy. Prior to the test, the patient takes a bowel prep. Low detection rates for flat lesions remain a significant issue.

Surgery is almost always used to treat colon and rectal cancer. The stage of disease determines if chemotherapy and/or radiation is required.

Join us in the fight against colorectal cancer by talking to your primary care physician or gastroenterologist about scheduling a screening exam in the near future.