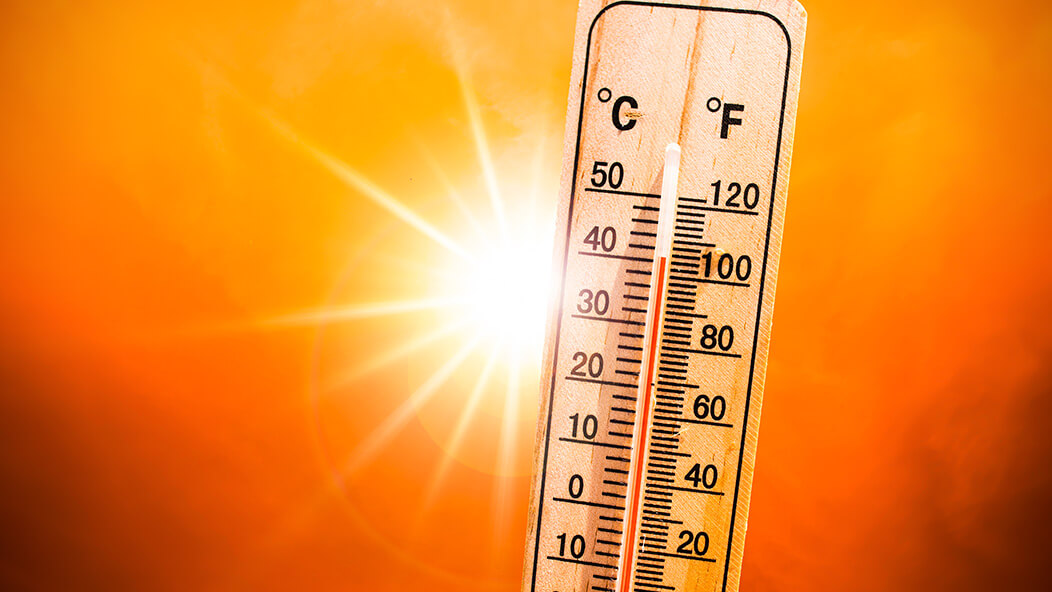 The heat and humidity of summer, especially in climates like ours in Houston, can make anyone feel uncomfortable at times. But people with certain chronic health conditions may find that higher temperatures and humidity levels trigger their symptoms or make them worse, even if the condition has otherwise been under control. Below are some conditions that can flare up in the summer months, as well as some tips for helping people with these conditions endure the heat. You may have heard people with arthritis claim they can predict the weather by their joint pain. Their knees or hands begin to hurt, and they just know rain is coming. But some people with osteoarthritis or inflammatory arthritis can also predict that their arthritis pain will worsen because of the heat and humidity of summer. In a study of older people with osteoarthritis, nearly 5% said that hot weather influenced their joint pain. This may be due to temperature and humidity changes causing the tissues within the joints to expand and contract.

If you have arthritis that tends to flare up during summer, you should try staying inside in an air-conditioned environment as much as possible and remain hydrated since dehydration can worsen joint pain. You might also benefit from using a dehumidifier to reduce humidity levels indoors.

Autoimmune conditions, such as lupus, can be aggravated by exposure to direct sunlight and UV rays, causing a sudden and severe onset of redness, heat, pain, or swelling. Spending time in the heat can also cause increased fatigue and dehydration, which can worsen joint pain.

If you have an autoimmune condition that gets worse during hot, humid weather, you should stay hydrated to lubricate the joints and stay out of direct sunlight when possible. If you are outdoors, protect your skin with a broad-spectrum sunscreen that has an SPF of at least 30 and that contains zinc or titanium dioxide. You should also consider wearing long sleeves and pants to reduce exposure to the sun.

Fibromyalgia is a difficult and mysterious condition as it is, but the weather seems to complicate the condition further. The majority of fibromyalgia sufferers say that weather changes tend to worsen their symptoms. The National Fibromyalgia Association supports this idea but notes that temperature isn’t as much of a factor as humidity.

There appears to be a link between high humidity making it difficult for the body to cool down and the worsening of fibromyalgia symptoms, including headaches, muscle pain, and stiffness. The dehydration high humidity can cause also seems to aggravate these symptoms. 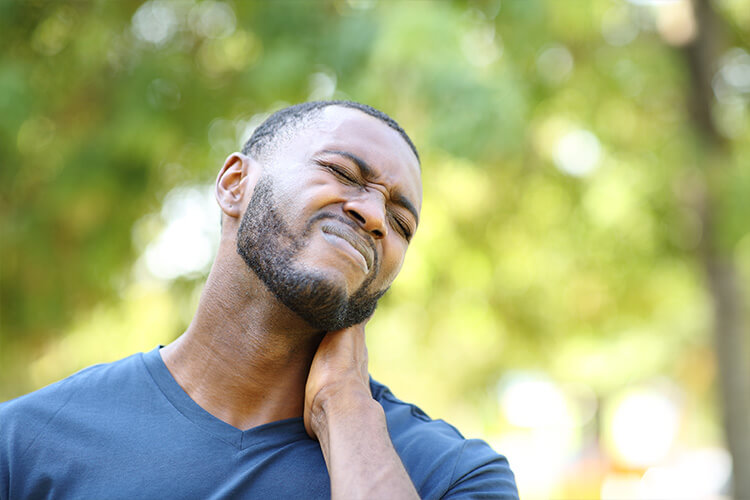 Those with fibromyalgia should drink water every half an hour or hour, whether or not they’re thirsty and even if they’ve not spent a significant time outside. They should also avoid drinking alcohol since it can contribute to dehydration. When outside in the heat, it’s a good idea to wear loose, lightweight, comfortable clothes and to use an ice pack or cold towel to cool down when needed. Going for a swim can also help with cooling down, as well as making muscles stronger without too much exertion.

Although it’s not completely understood what causes migraine headaches, there are some known triggers, some of which can be sparked by the sun and heat of summer. For instance, dehydration can trigger a migraine, and spending time in the heat and humidity can cause dehydration. Temperature changes have also been known to trigger migraines and tension headaches, such as when the temperature rises during summer days.

For these reasons, those who suffer from migraines should make sure to consume extra water and electrolyte drinks when spending time in the heat. They should also protect themselves from the brightness of the summer sun with a hat, sunglasses, or other type of shade. And if an attack comes on, they should retreat as soon as possible into a dark, quiet room to avoid the migraine becoming more severe.

Summer can be a difficult time for people with multiple sclerosis (MS). Even a small increase in body temperature can worsen MS symptoms, such as vision problems, weakness, pain, and confusion. This phenomenon is so common that experts have a name for it – the Uhthoff sign. However, once a person with MS cools down, the symptoms typically decrease in severity or even cease, at least temporarily.

To avoid the Uhthoff sign, those with MS should avoid going out in the heat of the day when possible and should dress in lightweight, breathable clothing.

Anyone with chronic respiratory illnesses like asthma, chronic obstructive pulmonary disease (COPD), or lung cancer have a higher risk of symptoms becoming worse in summer. Since these are all conditions that make it more difficult to breathe, higher temperatures and high humidity can exacerbate this by further inflaming the airways. Research has shown that extreme heat increases the amount of pollution in the air, which can trigger and worsen the symptoms of chronic lung disease when the pollution is breathed in. 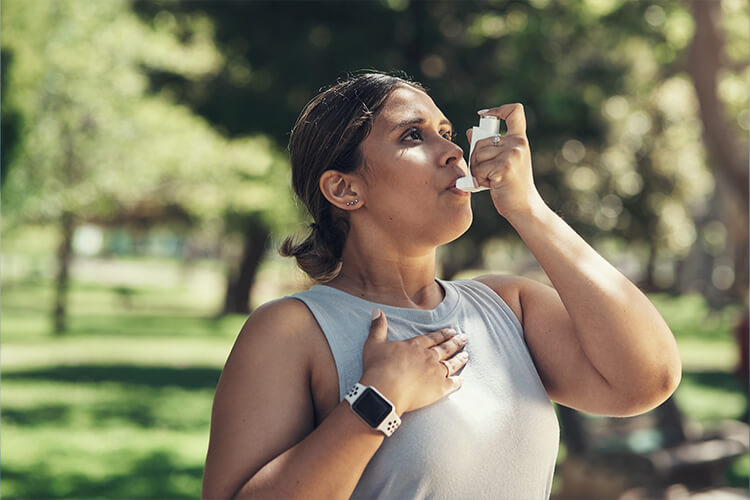 If you have a chronic respiratory illness, it’s best to avoid being outdoors during the hottest hours of the day (typically between 11 a.m. and 3 p.m.) and remain in the shade when outdoors as much as possible. Plan activities for the early morning or evening when the air is cooler and humidity has decreased. Also avoid spending time outside if there are any air quality or pollution advisories.

Avoid exercising or doing any type of strenuous activity outdoors during the summer, and always wear lightweight, loose-fitting clothing to stay cool.

If you use oxygen for your condition, talk to your doctor about any adjustments to your oxygen intake that may be necessary in the summer’s extreme heat and humidity.

Spending time in the sun and humidity can irritate rosacea and cause flare-ups, which leads to burning, stinging, swelling, or itching of the skin. Even short spurts of time spent outside can aggravate rosacea. The heat can also dehydrate the skin, further worsening chronic symptoms.

If you have rosacea, you should always avoid abrasive skin cleansers, but particularly so in the summer. When outside, you should also protect your face from the sun as much as possible with a wide-brimmed hat, large sunglasses, or an umbrella. Try to keep your face cool and always wear a gentle sunscreen with an SPF of at least 30. 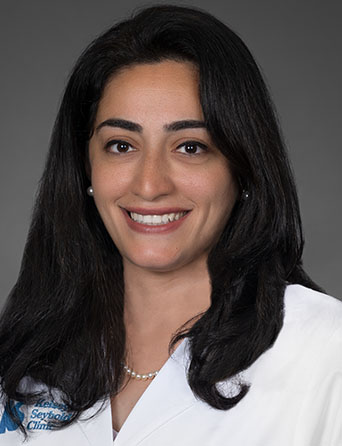 Dr. Mata is a board-certified Internal Medicine physician at Kelsey-Seybold. Her clinical interests include diabetes, hypertension, and preventive medicine.
Previous Post
Next Post