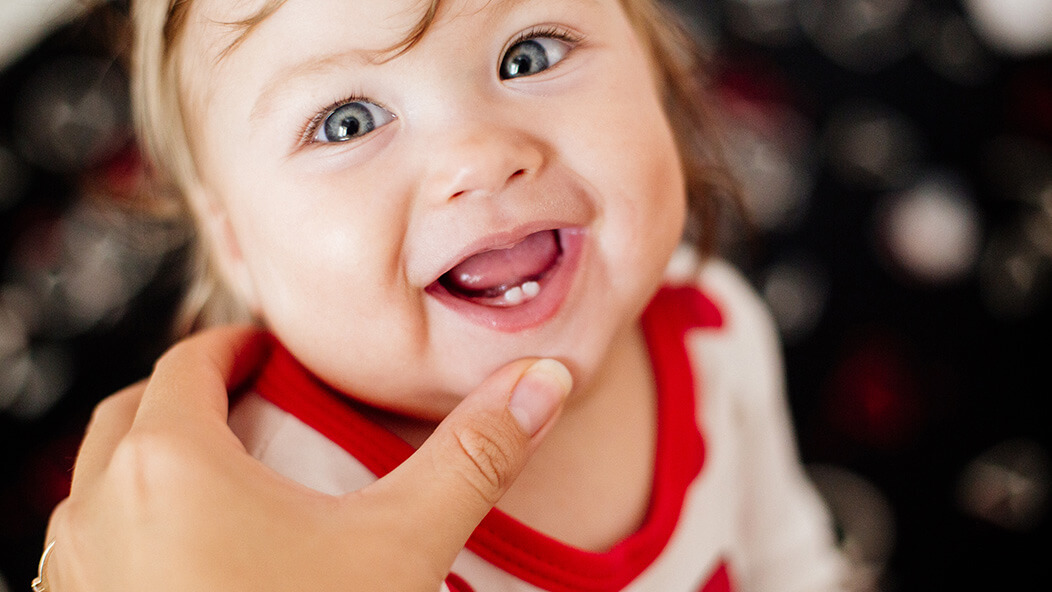 The Truth About Teething

Your baby has been a smiley bundle of joy almost since birth. Then one day, your sweet little angel is cranky and almost inconsolable. That’s when you realize that they’re experiencing one of the many firsts of childhood – their first tooth. For new parents, it can be difficult to determine if their baby’s symptoms are a result of teething or something else. The question I get most often from parents with teething babies is, “Is this normal?”

To help answer that question, here’s some guidance on what to expect during teething and what parents and caregivers can do to safely soothe their baby as their pearly whites start to make an appearance.

The Typical Stages of Teething

Babies are born with all 20 primary or baby teeth under their gums. On average, babies begin teething between four and six months of age, but the first tooth or teeth can begin erupting (breaking through the gums) at any time during infancy.

A child’s teething timeline is generally tied to genetics, but most babies get two new teeth every two to four months until they’re around 3 years old. If your child does not have any teeth come in by 16 months of age, you should consult with your pediatrician.

Stage 1 – 0 to 6 months: Babies may begin drooling quite a bit starting around 3 months old, but this may not be solely due to teething. Drooling is also a normal part of an oral sensory phase. They may begin putting their hands and items in their mouths regularly. But teeth generally don’t start erupting until six months.

Stage 3 – 8 to 14 months: The remaining upper and lower (lateral) incisors usually erupt, and the first molars may also come in at this time.

Stage 4 – 14 to 24 months: Between a child’s first and second birthday, the upper and lower canine teeth usually erupt.

Stage 5 – 24 to 36 months: By the time a child is 3 years of age, they have typically had all of their primary or baby teeth erupt, with the last teeth being their second molars. 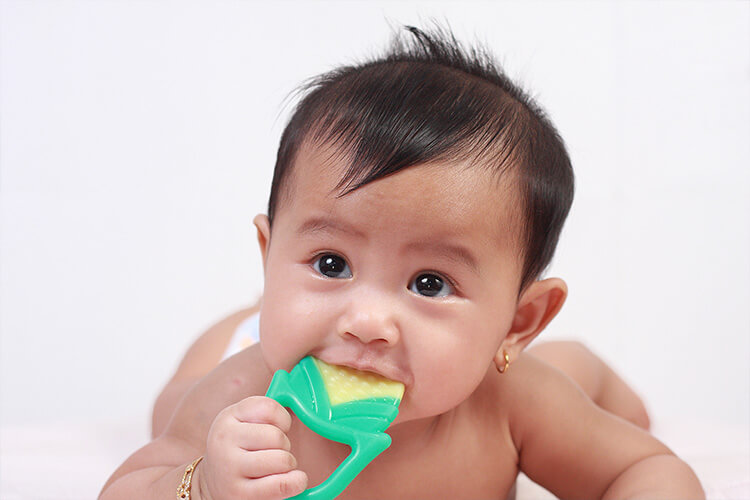 Normal Signs and Symptoms of Teething

Teething is not a pleasant experience for babies (or parents!) and most children exhibit common signs and symptoms throughout the teething process, particularly when teeth are erupting through the gums, which generally takes about eight days per tooth.

The classic signs and symptoms of teething are:

Many parents are adamant that their children experience fever or diarrhea during teething. While a slight increase in temperature may be associated with teething, a fever of 100.4 or higher likely means something else is causing the elevated temperature. There doesn’t seem to be a direct correlation between teething and diarrhea, though some pediatric specialists surmise that excessive saliva making its way to the gut could cause loose stools.

Signs that are NOT a normal part of teething include any blood or pus in the mouth or on the face, swelling of the face, inconsolable crying lasting much longer than usual, and a runny or stuffy nose not related to crying. 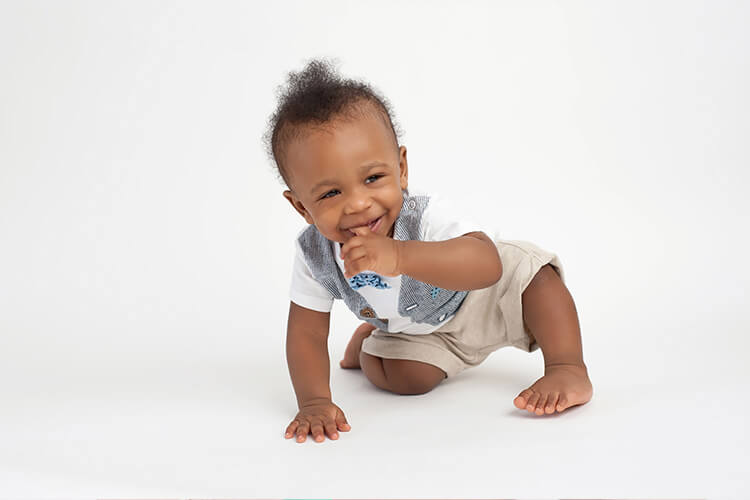 There’s nothing worse than seeing your child in pain, but it’s vitally important for parents and caregivers to be mindful of safety when choosing how to soothe a child’s teething discomfort.

Some medications and products designed for teething that can actually pose a danger to children include:

How To Safely Soothe Teething Pain

For baby’s teething pain, there are some tried and true remedies that pediatricians and pediatric dentists agree are much safer options than the methods mentioned previously. When in doubt, always check with your child’s doctor about which methods are best for your baby. 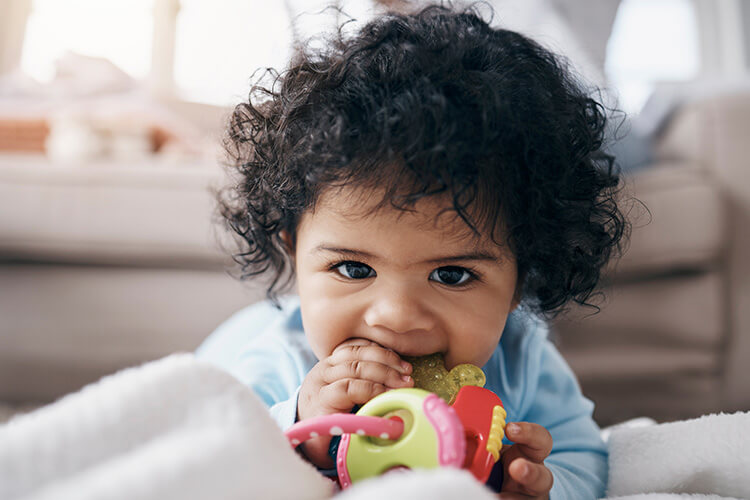 Caring for Your Child’s New Teeth

Before teeth begin erupting, run a soft, clean cloth over your baby’s gums twice a day to keep food and bacteria from building up in the mouth. After the first teeth come in, use a small, soft-bristled baby toothbrush to clean them. If you use fluoride toothpaste, don’t use any larger than a dollop the size of a grain of rice until your child is at least 2 years old. After 2 years of age, children can use fluoride toothpaste that is the size of a pea. Talk to your pediatrician about when to begin taking your child to a pediatric dentist for regular dental checkups, typically after 12 months of age. 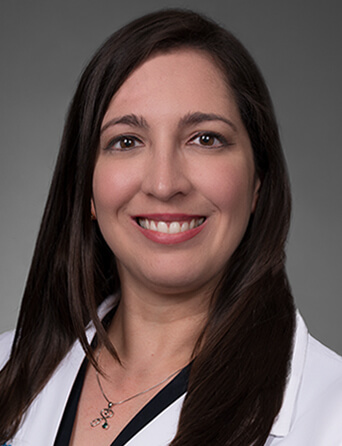 Dr. Tierling is a board-certified pediatrician and a Fellow of the American Academy of Pediatrics. Her clinical interests include newborns, preventive care for children of all ages, and behavioral health.
Previous Post
Next Post