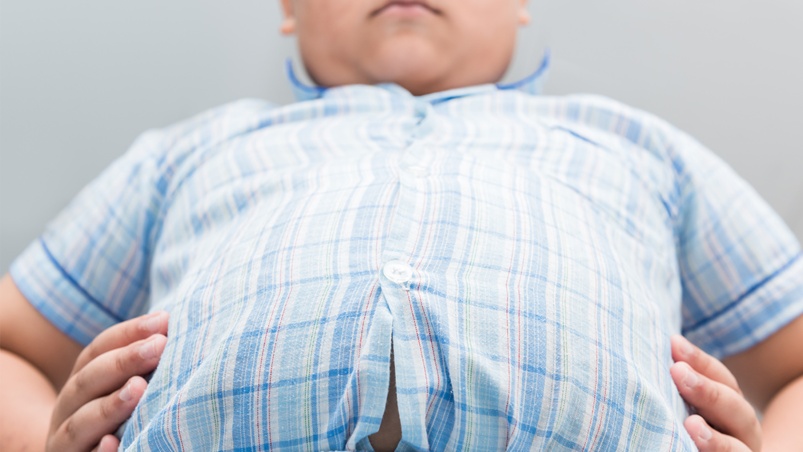 There are serious future health consequences to children being overweight.

“Overweight children will likely develop the diseases we associate with middle and old age in their 20s and 30s,” explains Richard Byrd, MD, FAAP, a board-certified pediatrician at Kelsey-Seybold. “I’m already seeing kids with high insulin levels, indicating that they’re at risk of developing Type 2 diabetes if they don’t get their weight down.”

Dr. Byrd and his colleagues at Kelsey-Seybold are also seeing more kids with cholesterol and blood pressure problems – conditions that could easily lead to early heart disease.

“Being overweight also contributes to sleep apnea, an interruption of breathing during sleep,” Dr. Byrd warns, “and bad sleep patterns lead to problems with memory and learning. Kids with weight issues suffer more from asthma, liver disease, and stress on knees and joints. Being overweight is a whole-body problem, stressing every system and every organ.”

At What Age Is Weight an Issue?

Excess weight is usually not a concern in babies and young children. However, after age 2, the likelihood that a weight problem will persist into adulthood increases with each year that passes.

A child whose weight isn’t brought under control by age 6 has a 50% chance of becoming an obese adult,” Dr. Byrd explains. “That’s why it’s important to catch weight problems when children are young."

What Is Causing the Super Sizing of America?

“Our families have changed,” the doctor explains. “Parents are working longer hours. They care very much about their children’s health, but the time to do the things that promote health, such as eating together as a family, at the table, with the television set off, isn’t possible for many families.”

Dr. Byrd notes that our schools have changed, too, replacing recess with sedentary activities and making high-fat foods readily available from vending machines.

“The fast food chains may be offering ‘healthier’ food choices, but our kids still prefer French fries and ketchup,” he says. “And while all of us are rushing from place to place, too few of us take time for daily exercise.”

Is Your Child Overweight?

One guideline that doctors use to assess weight problems in children aged 2 and older is body mass index (BMI). BMI is used somewhat differently in children than in adults.

“Because children’s bodies change as they develop, their age and sex need to be taken into account,” Dr. Byrd explains. “At Kelsey-Seybold Clinic, our pediatricians use age- and sex-specific charts to follow a child’s BMI as he or she grows. Girls and boys have separate charts because boys often carry more muscle than fat as they age.”

If a child’s BMI is above the 85th percentile for their age, they’re considered overweight.

What Can One Parent Do?

The biological causes of overweight children are the same as they are for adults.

“People – children or adults – gain weight when they take in too many calories and burn off too few,” Dr. Byrd says. “The ‘cure’ is simple, but never easy – eat less and exercise more.”