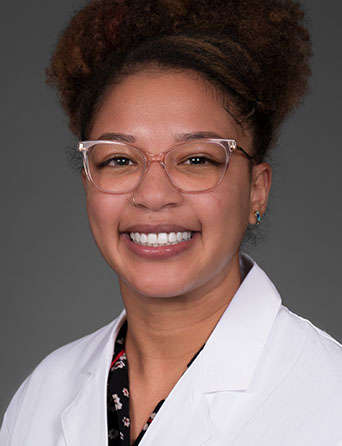 "The educated patient is the healthy patient. Ensuring that the patient is well informed on what I’m doing throughout the exam is important in creating a customized treatment plan that involves the patient in the decision making."

Morgan Jones, OD, is an optometrist at Kelsey-Seybold. She received her Doctor of Optometry in 2021 from the University of Houston College of Optometry. In 2022, Dr. Jones completed her ocular disease/primary optometry residency at Albuquerque Indian Health Services in New Mexico. She also completed several externships at Texas Children’s Hospital, Today’s Vision, and the University of Houston College of Optometry. She joined Kelsey Seybold in September 2022.
Dr. Jones is a member of the Texas Optometric Association.

The best advice Dr. Jones has received is “Do what you need to do now, so you can do what you want to do later.”

The most interesting place she has lived is Albuquerque, which she describes as breathtaking. “The Sandia mountains were a permanent background fixture on my morning commutes, and the weather and rich culture centered around Native Americans was something I had never experienced before.”

Not everyone knows this about Dr. Jones, but her eyes were crossed as a child, and she had surgery to repair it.

As a child, she wanted to be a scientist or chemist when she grew up because she was always curious.