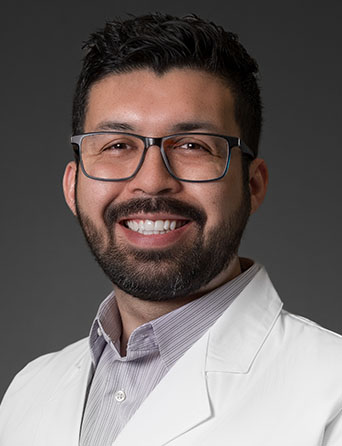 "My philosophy is that we’re a team working toward achieving your goals, and I will equip you with the tools needed to do so."

Luis A. Juárez, MD, earned his Doctor of Medicine degree in 2019 at The University of Texas Southwestern Medical Center in Dallas and completed his residency in Family Medicine in 2022 at the Lone Star Family Health Center in Conroe, Texas. During his residency training, he cared for patients as a resident physician at Lone Star Family Health Center and at HCA Houston Healthcare. Dr. Juárez joined Kelsey Seybold in August 2022.
Dr. Juárez is a member of the American Academy of Family Physicians.

The best advice Dr. Juárez has ever received came from a good friend at a time he doubted himself about a challenge he faced: “Other people have succeeded at it; why not you?”

Not everyone knows that Dr. Juárez grew up in central Mexico (Salamanca, Gto.) until he turned 10.