Our goal is to deliver high-quality and comprehensive medical care with a dose of old-fashioned caring and personal attention. 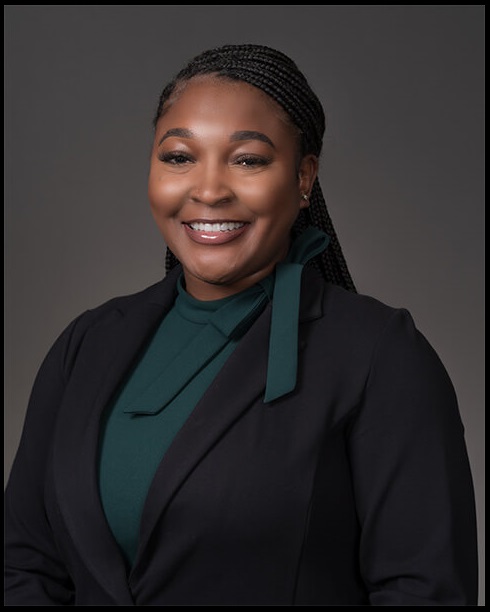 Background: Raven is a native Texan who completed her Bachelor of Science in Biology at the University of Texas at El Paso. Prior to this fellowship, Raven was an Administrative Coordinator at Houston Methodist Hospital. In this role, she coordinated and directed COVID-19 vaccination clinics across the system, with a focus on efficiency and staffing, compensation management, and communication outreach. Raven also completed an additional two internships at Houston Methodist. During the summer, Raven was selected to join the Summer Operations Program as an Operations Intern with the Quality and Patient Safety Department. She conducted projects involved with process improvement and standardization, program development and curriculum development. Following this, she was selected to become an Administrative Intern for the Office of Diversity, Equity and Inclusion. In this role, Raven developed training and supplemental materials for DEI topics, curated communication processes, and created awareness content. 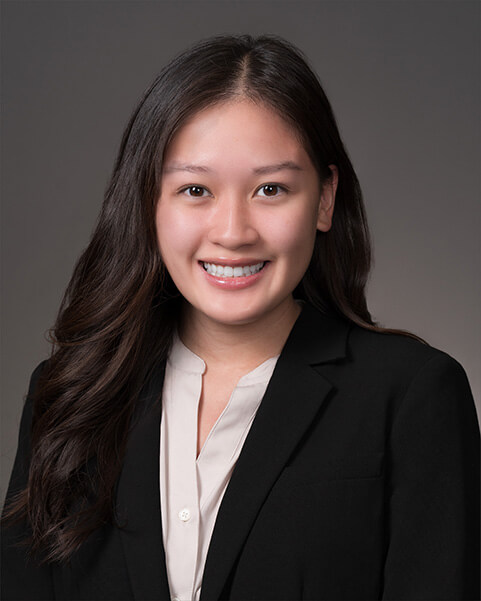 Background: Athena is a native Houstonian who received her Bachelor of Science in Public Health from Baylor University, with a minor in Biology. She has past internship experience from The Houston Health Department, Legacy Community Health, and Houston Methodist DeBakey CV Education. Her healthcare experience includes CVS Pharmacy, UTHealth School of Public Health, and Houston Methodist COVID-19 Vaccine Clinics. In her previous role as an Administrative Coordinator at the Houston Methodist COVID-19 Vaccine Clinics, Athena was responsible for the daily supervision of COVID-19 Vaccine Administration and the EVUSHELD Antibody Trial in the Texas Medical Center. Within these past roles, Athena has conducted projects related to Quality and Process Improvement, Strategic Planning, Finance, and Health Equity. 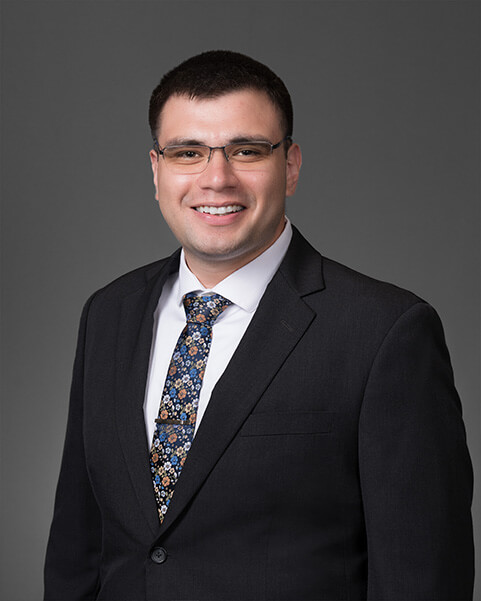 Background: Abraham is a native Houstonian who received his Bachelor of Science in University Studies-Business with minors in Public Health and Neuroscience at Texas A&M University. During his time at Texas A&M, Abraham was an active member of the Corps of Cadets, where he held multiple leadership positions, ranging from Fire Team Leader to Executive Officer. Towards the end of his tenure in the Corps of Cadets, Abraham obtained his certification as an EMT-Basic, where he would then transition into a Standby EMT role with the university's Emergency Medical Service. Post-graduation, Abraham would return to Houston where he would work as an EMT-B in the Emergency Department at Harris Health's Lyndon B. Johnson Hospital. On top of his clinical duties as an EMT, Abraham took on a preceptor advisory role, where he was not only responsible for training and onboarding technician new-hires in the Emergency Department, but also tasked with rebuilding and refining the preceptor-orientee program at the LBJ Hospital. The summer before his final year at UT Health, Abraham became a Hospital Operations intern at Memorial Hermann's Memorial City Hospital. In this role, he had the opportunity to work closely with the hospital's Executive Team on projects related to Employee Engagement, Patient Quality Tracking, and Telesitting. 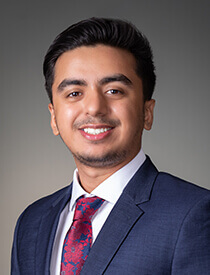 Fellowship Experience: “The privilege I had in being an Administrative Fellow at Kelsey-Seybold Clinic over the past year was invaluable. The program’s hands-on approach pushed to broaden my exposure to patient care from the front desk all way up to high-level operations – all while I was working right alongside leadership to increase the value we bring to our patients. Whether it was developing a completely new service line or preparing an entire region’s capital budgets, the projects I received throughout the Fellowship were challenging, unique, and helped me to grow significantly as a leader in healthcare.” 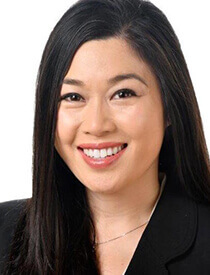 Fellowship Experience: “My Kelsey-Seybold Clinic fellowship experience offered an unparalleled opportunity to launch my career in healthcare and solidified my passion for serving our patients, providers, and people. I am grateful for the intimate exposure to healthcare operations and the opportunity to work on high visibility projects with and receive mentorship from executive leadership. I was supported throughout my experience – I deepened my knowledge and understanding of how an accountable care organization operates, how the diverse teams work together to achieve impactful solutions, and how Kelsey-Seybold is focusing on adding value to patient care. The Kelsey-Seybold Clinic Fellowship was definitely a catalyst for my healthcare career!” 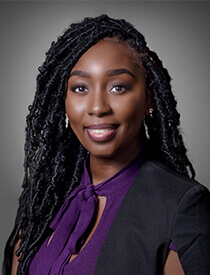 Fellowship Experience: “The hands-on, dynamic experience provided by Kelsey-Seybold’s Administrative Fellowship Program was truly impressive. As a fellow, I was encouraged to actively participate in meetings, ask thoughtful questions, do research, and offer constructive feedback. My shadowing and observational assignments quickly turned into opportunities to take on tasks and present my own deliverables. I became a witness to – and later, a part of – the collaborative effort that is essential to maintain and grow the standard of excellence that Kelsey-Seybold provides. For that, I am forever grateful.” 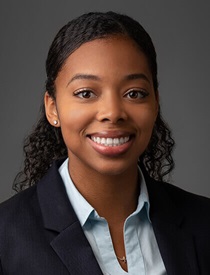 Fellowship Experience: “Kelsey-Seybold Clinic’s Administrative Fellowship program provided the opportunity for me to work directly with Executive leadership to improve clinic operations and make decisions to improve patient care. As a Fellow, I was involved with projects that challenged me as a young healthcare professional. From observing Executive leadership during strategic planning to assisting with capital budget, I was able to gain a unique insight of how a multispecialty clinic system operates. The Administrative Fellowship fosters continuous learning and development to help groom future healthcare leaders.” 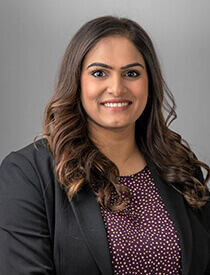 Fellowship Experience: “Kelsey-Seybold’s Administrative Fellowship Program provided me with an opportunity to engage with executive leadership, including physician leaders. It provided me a platform, in which I had access to learn from the best. As a fellow, various projects and interactions with all levels of leadership helped enhance my skill sets, as well as, assisted in my professional growth. The program allows young careerist to be exposed to various leadership styles, decision making process, and organizational strategies. Kelsey-Seybold embraces the fellows by ensuring that they have the opportunity to be engaged and be a part of critical decisions. Additionally, Kelsey encourages fellows to bring new ideas and viewpoints that will contribute to the success of the organization.” 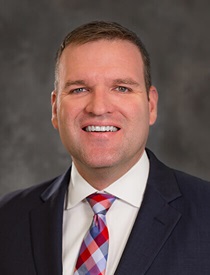 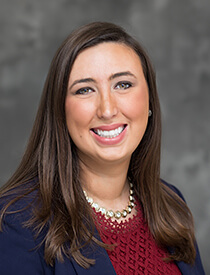 Fellowship Experience: “As a Kelsey-Seybold Fellow, I had the opportunity to learn and work with senior leadership, clinic management teams and frontline staff, through clinic and department rotations. Throughout my fellowship year, I was able to work on a variety of meaningful projects that had a positive impact on the clinic and improved patient care. The fellowship program helped me learn what type of leader I wanted to be and prepared me for my healthcare career.” 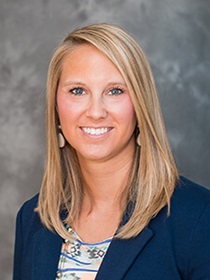 "Kelsey-Seybold provides a hands-on, in depth style of learning that is an essential component of the administrative fellowship. As a fellow you are involved in many projects, that not only expose you to many opportunities clinic wide, but contribute to the success of the organization. The leadership here at Kelsey is personally vested in your development as an employee, individual, and business professional creating lasting relationships. This fellowship has built a strong foundation which I will carry with me for the rest of my career in health care" 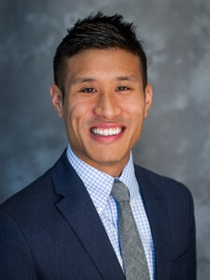 “One of the best things about being part of the Kelsey-Seybold Clinic team is that it’s large enough to provide a wide span of opportunities and yet small enough to build meaningful working relationships with the clinical and administrative staff. As the Fellow I’m privileged with a unique opportunity to learn from and contribute to the nation’s first Accountable Care Organization.” 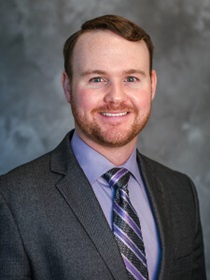 “As a KSC Fellow, you will be exposed to and involved in high-level management projects that actually carry meaning behind them. You will be working with successful members of the senior leadership team who are not only there to provide you with an education but to also support you in your future endeavors. In the end, you can read all the books and work on the numerous projects in graduate school, but there truly is no better way to learn about what it takes to be in healthcare administration than with a Fellowship at Kelsey-Seybold Clinic. “ 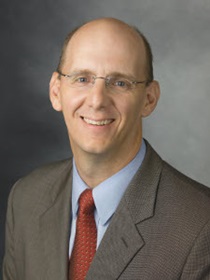 “The Kelsey-Seybold Fellowship was instrumental in launching my career in Health Care. It provided me the opportunity to work on a variety of projects while learning from business and clinical leaders across the company. The breadth of the organization allowed me to experience several areas of HealthCare - from Clinic Operations to the Central Billing Office, and from Managed Care/Contracting & Payor Relations to Accounting/Finance. For a large organization, Kelsey has a unique entrepreneurial culture and can provide a broad and rich learning environment for a recent graduate. 18 years later and still with Kelsey-Seybold, I look forward to helping the next Administrative Fellow at Kelsey-Seybold get the most out of their Fellowship.”

“The Kelsey-Seybold fellowship provided me with the opportunity to understand what elements are needed to lead a large multi-specialty group practice. The fellowship structure of observing meetings and working on dedicated projects allowed me the best level of exposure I could ask for. I was able to learn from the C-suite what was taking place strategically and had the opportunity to spend time in the clinics working on projects. The fellowship was extremely beneficial to my career in healthcare and provided a well-rounded learning experience.”