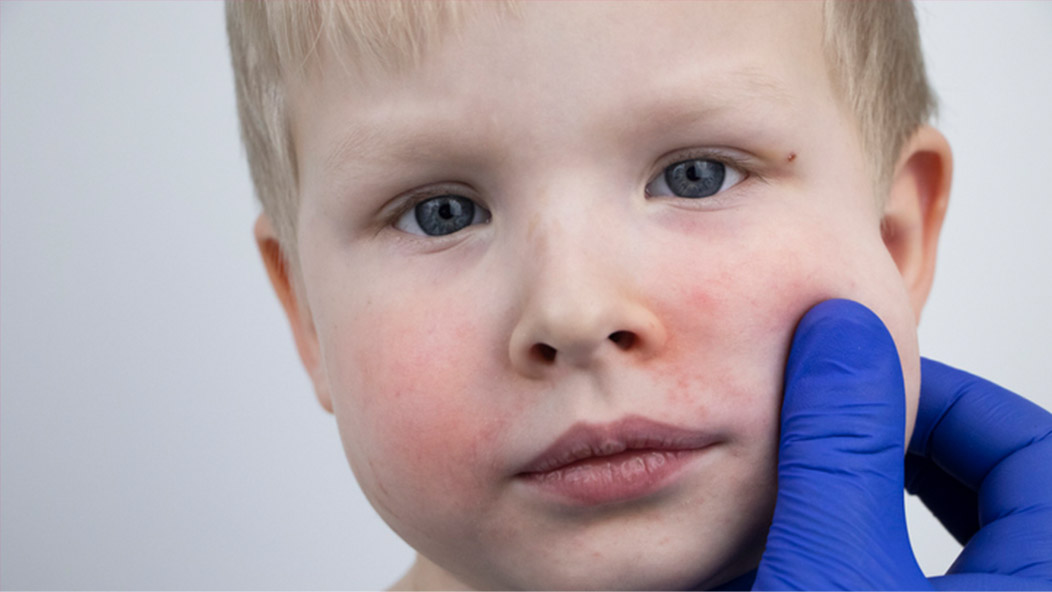 Your child comes home from school with large, red blotches on their cheeks. They tell you no one slapped or hurt them and the redness isn’t going away. What could be causing this?

Chances are, this “slapped cheek” appearance is due to Fifth Disease, which is so named because it was the fifth disorder in the classification scheme of childhood rashes at the time it was identified. Also known as “Erythema Infectiosum,” Fifth Disease is caused by human parvovirus B-19 (not the parvovirus that causes disease in cats and dogs). It typically starts out causing a bright red rash on the cheeks. This is followed by a lacy red rash, which frequently spreads down the trunk and extremities over the next week or so. The disease is usually not contagious after the rash is visible.

While Fifth Disease usually affects children, adults can get it, too, but it can look quite different. Symptoms in children are typically fever, mild itching, malaise, and headaches, in addition to the rash. Adults usually experience the same but more severe symptoms, and may also have joint soreness, inflammation, and swelling.

The biggest danger is that infection in a pregnant mom can cause damage to the fetus, so pregnant women should stay clear of children with a “slapped cheek” appearance or kids who are suspected of having Fifth Disease.