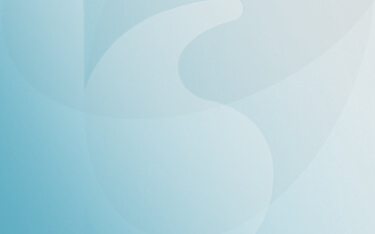 “Today, my life is completely different in the best of ways.” - Karen Weahkee

"I have more confidence in myself and I would recommend Dr. Bullocks for any type of surgery, but especially if you're seeking a new nose!”

Cosmetic Care You Can Trust

For more than 20 years, Karen Weahkee had been dealing with sinus congestion, headaches and breathing problems because of a deviated septum. (The septum is the thin wall of cartilage and bone that separates the nostrils. When crooked or off-center, it’s referred to as a deviated septum. In severe cases, surgery is required to repair the deviation.) Her deviated septum also caused her nose to have a less-than-attractive shape, causing her to lose confidence about her appearance.

Karen Made Her Decision

After years of consideration, Karen decided that her quality of life had been diminished for too long and became determined to do something about it. As a KelseyCare powered by Cigna member, she sought the surgical expertise of Dr. Jamal Bullocks, a board-certified plastic surgeon at Kelsey-Seybold Clinic’s Main Campus.

After being fully counseled by Dr. Bullocks about what to expect, she decided to have the procedure that promised the best outcome.

Dr. Bullocks performed a rhinoplasty – plastic surgery on the nose. The surgery not only corrected her deviated septum, thus resolving her chronic nasal issues, it also aesthetically improved the shape of her nose.

‘My Nose Didn’t Know How to Be a Nose’

“I had a severe deviated septum. My nose was not symmetrical and appeared crooked. You could say my nose did not know how to be a nose,” she said.

“I believe it became deviated as the result of a head-on automobile accident when I was about 15 years old. Since that time, I suffered from frequent sinus infections, daily sinus and tension-type headaches and the inability to breathe out of the right side of my nose.

“Airflow in my right nostril was 100 percent blocked, which made my life miserable. I was forced to breathe out of my mouth, which resulted in dry mouth and sore throats. I felt like my mouth was always open. It made me quite uncomfortable. My husband told me that he could hear me breathing because it was labored and heavy.

“I was also reluctant to have my picture taken because I was embarrassed about my crooked nose. After more than 20 years, I decided that my quality of life had suffered enough. I had to have it repaired,” she said.

“I had consulted with several Ear, Nose and Throat doctors in the past, but for some reason the timing never worked out or I wasn't thrilled about the doctor. There was always some reason not to schedule it.

“Meeting with Dr. Bullocks and his staff gave me confidence.

“When I met with Dr. Bullocks and his staff, I immediately felt that I had come to the right place and he was the right surgeon for the complex job. I was impressed by Dr. Bullocks’ professionalism, manners and compassion. He truly cared and was concerned about me personally. His staff was extremely competent, friendly and caring.

“I underwent a deviated septum surgery along with cosmetic plastic surgery,” Karen said.

“Today, my life is completely different in the best of ways. I can breathe through both nostrils equally and I have not suffered from any more sinus headaches or infections. I am totally satisfied with the physical results as well.

“I am amazed at how smooth the bridge of my nose is. Before the surgery, there were little air pockets where the deviations were underneath. My nose is straight inside and out.

“I have more confidence in myself and I would recommend Dr. Bullocks for any type of surgery, but especially if you're seeking a new nose!” Karen said.