Same-Day and Next-Day Appointments: Schedule an In-Person or Virtual Visit!

The Houston Police Department (HPD) and Houston Fire Department (HFD) did incredible work when Hurricane Harvey flooded Houston in August 2017. As Labor Day weekend approached, these two first responder groups had completed more than 3,400 rescues. The stories of heroism were extraordinary: One officer with Stage 4 cancer completed 1,500 rescues; the HPD Lake Patrol rescued 1,500 people in three days using only four boats; and the HPD Dive Team rescued 300 people from an apartment complex with one rescuer quoted as saying it “looked like white water rapids – people were on the roofs, screaming for help.”

Meanwhile, fears were mounting about first responders’ exposure to contaminated floodwaters. They couldn’t leave duty to get medical care. That’s when the City of Houston and police and fire union leadership reached out to Kelsey-Seybold for help.

“It was an incredible effort,” said Dr. Tony Lin, Chairman and Managing Director, Kelsey-Seybold Clinic. “I was flooded with responses from our doctors when I asked for volunteers. There was a true desire to take care of our first responders.”

In response, dozens of Kelsey-Seybold physicians and nurses, the Kelsey Wellness Team, and Kelsey Pharmacy developed a rapid-response plan to give tetanus and hepatitis A immunizations to all first responders and other affected City employees. That meant deploying 31 Wellness nurses and coordinators in teams to 25 HFD district stations and two union halls. It also meant getting staff, supplies and vaccines to all these locations with much of the city underwater.

Over Labor Day weekend, more than 1,400 tetanus and 1,000 hepatitis A vaccines were given. Fifty physician consultations were performed. At the City’s request, the immunization program continued at five sites from Sept. 5 through Sept. 14. 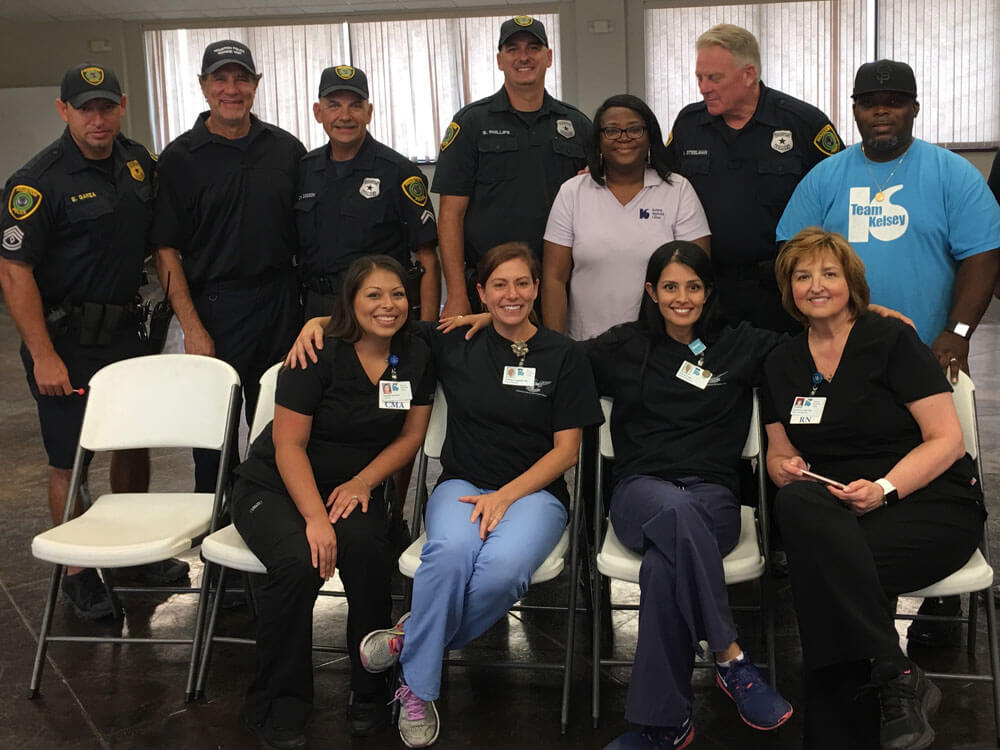 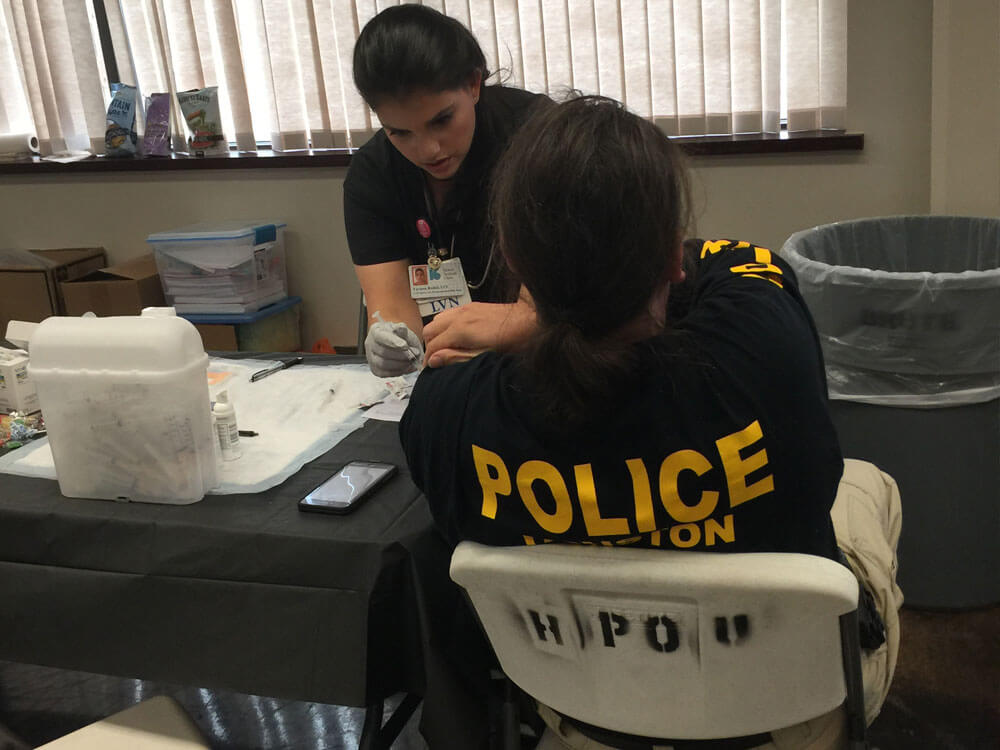 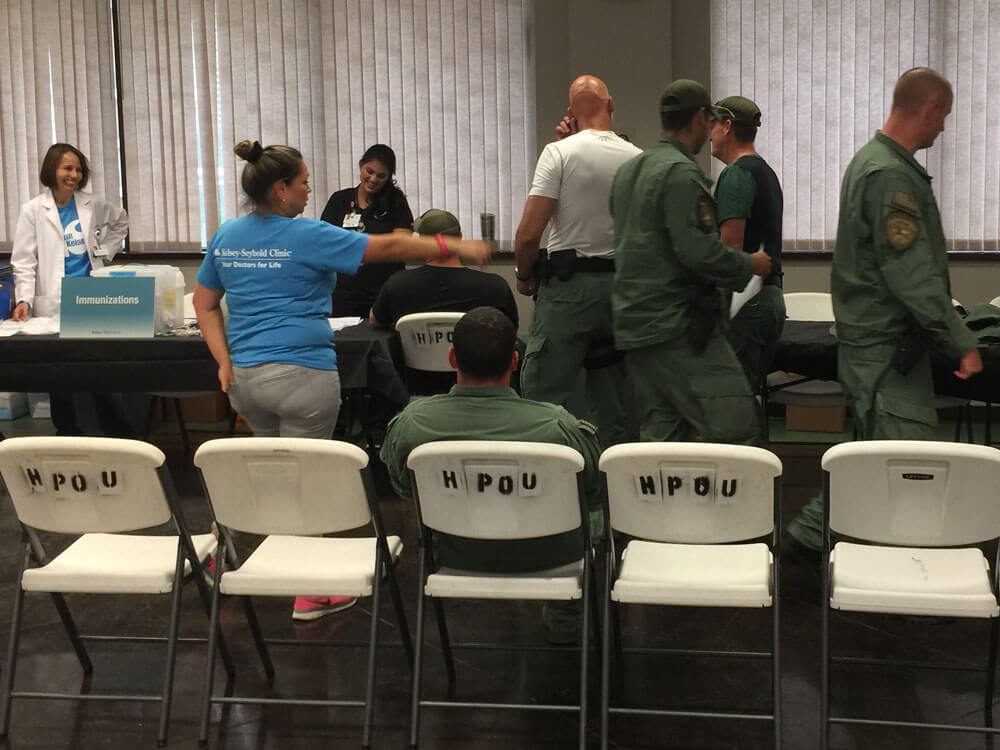