The Kelsey Digestive Disease program evaluates and manages patients with all forms of upper gastrointestinal disorders.

The following drawing shows the relationship between the stomach and the esophagus where these disorders have their origin. The esophagus is a muscular tube that carries food and liquids from the mouth to the stomach where digestion begins. A valve called the lower esophageal sphincter (LES) normally closes after food enters the esophagus. When the sphincter does not effectively close, stomach contents can be regurgitated back into the lower esophagus causing medical problems described below.

The common forms of upper GI disorders include the following conditions that will be briefly described. See drawing of the esophagus, and stomach below. 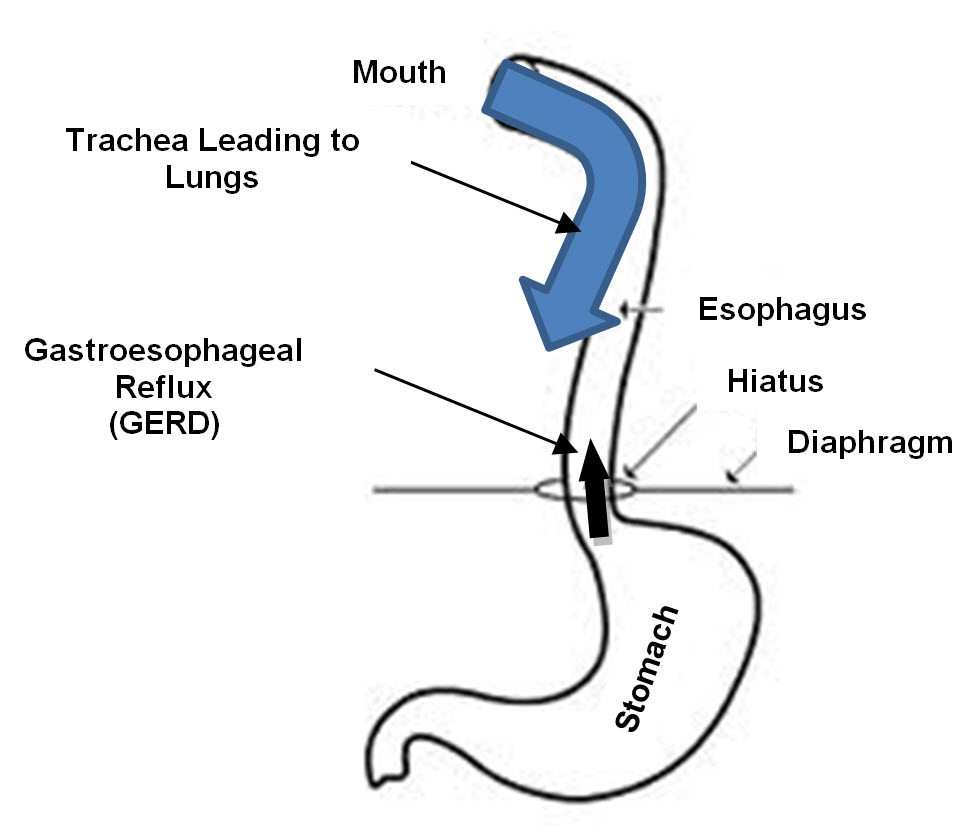 Presence of GERD means material from the stomach is pushed into the lower esophagus because of a defective sphincter. The lining of the esophagus does not tolerate strong acid from the stomach. In hiatal hernia a portion of the upper stomach goes up through the diaphragm and causes similar symptoms as GERD. When the stomach contents enter into the lower esophagus either from GERD or hiatal hernia, heartburn and/or coughing commonly result. Rarely pneumonia can occur if the stomach contents go high enough in the esophagus to reach the upper trachea (air passage) and lungs.

With chronic exposure of the lower esophagus to stomach acid from gastroesophageal reflux the lining of the esophagus is replaced by tissue similar to that seen in the small intestines. When found in the esophagus it is called "metaplasia", a condition that increases the risk of acquiring a rare esophageal cancer, adenocarcinoma.

In these conditions the smooth muscle fibers of the esophagus act in a disorderly fashion. Symptoms include difficulty swallowing, regurgitation of food and chest pain. Two of these disorders are diffuse esophageal spasm and a condition called "nutcracker esophagus".

Some persons have recurrent heartburn without GERD or a hiatal hernia. These conditions should be sought through medical evaluation to make sure. This condition should be treated with diet and antacids.