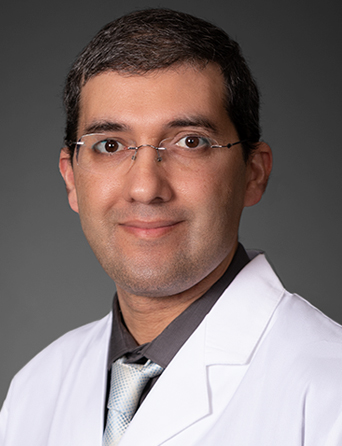 "I love interacting with patients. I enjoy getting to know my patients."

Dr. Atif Ahmed is a board-certified dermatologist, a Fellow of the American Academy of Dermatology, and a Diplomate of the American Board of Dermatology. He earned his Doctor of Medicine degree at the Medical College of Wisconsin in Wauwatosa, Wis., in 2008. Dr. Ahmed completed both his internship and residency at the San Antonio Uniformed Health Education Consortium in 2009 and 2012, respectively.

Dr. Ahmed joined Kelsey-Seybold in March of 2022. He previously served as Chief of Dermatology at Keller Army Comm. Hospital in West Point, N.Y., from 2014 to 2016 and as a general dermatologist at Gundersen Lutheran Hospital in La Crosse, Wis., from 2016 to 2022.