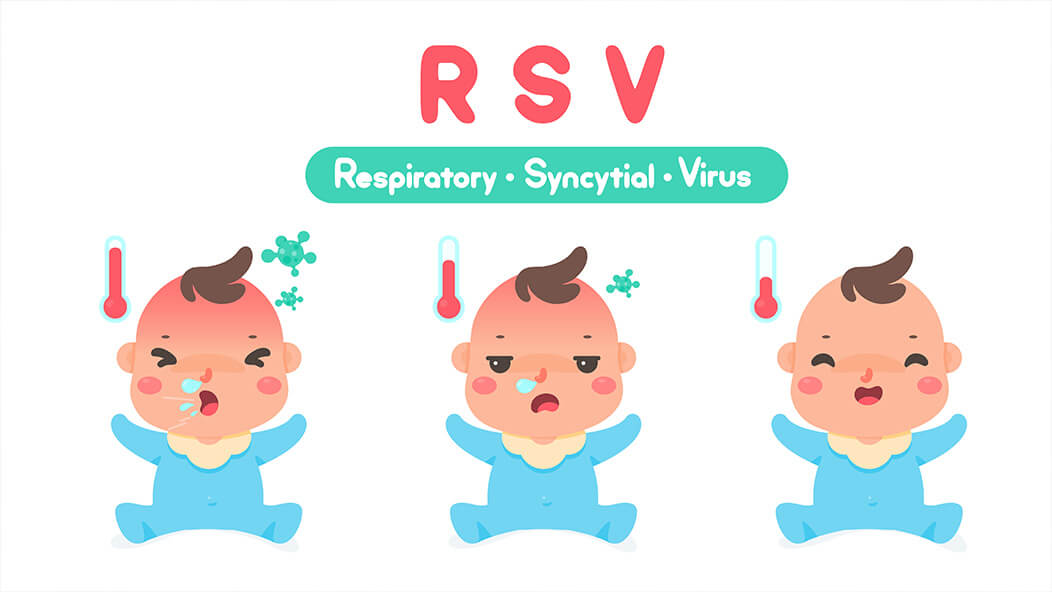 RSV Cases on the Rise in the Houston Area

Cases of respiratory syncytial virus (RSV) are on the rise in Texas, nearly doubling during the month of May, according to the Texas Department of State Health Services. What makes this unusual is that RSV infections typically occur in the fall and winter during flu season. In infants, especially young babies born prematurely, this can involve bronchiolitis, an inflammation of the lung’s small airways. Babies with bronchiolitis have thick nasal secretions, a wet cough, and wheezing, and these symptoms can last a couple of weeks. An infant with these symptoms should be seen by a doctor.

Symptoms of RSV infection usually include the following and tend to appear gradually:

In newborns with RSV, the only symptoms may be irritability, decreased activity, and difficulty breathing.

Any child who is experiencing symptoms of RSV should be seen by a doctor to determine if it is RSV or something else. If a child does have RSV, there is no specific treatment. Typically, parents will be instructed to use saline drops in the nose, gently suction out nasal mucus, and closely observe their child.

But complications such as bronchiolitis can happen, and RSV can become more serious without warning. While children at highest risk for RSV-related complications include premature infants, young children with congenital heart or chronic lung disease, and young children with immune systems that have been compromised due to a medical condition or medical treatment, it’s still not possible to predict who will develop a more serious condition.

For this reason, parents should look for certain warning signs. If an infant is working harder to breathe, they may have fast, shallow breathing, a grunting sound with every breath, or flaring nostrils. They may also start to use the muscles around the ribs and abdomen to get the air in and out. These are red flags and can develop even in a baby who looked okay earlier that day. If these symptoms develop, you should immediately contact your pediatrician who will evaluate the severity of your child’s condition to determine if they need to be hospitalized. In severe cases, oxygen, intubation, or mechanical ventilation may be needed to restore normal breathing. 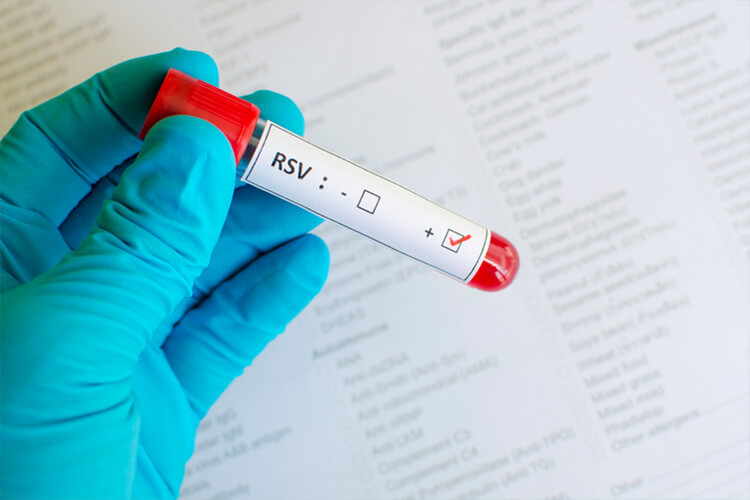 RSV is an airborne virus, meaning it can spread through droplets produced by coughing and sneezing, and through touching a surface that has the virus on it. RSV can survive for many hours on hard surfaces, such as tabletops, crib rails, and shopping cart handles.

It can also be contracted through direct contact with an infected person. You may have heard warnings about touching or kissing an infant less than a year old if you have cold symptoms and thought, “It’s just a cold. Shouldn’t infants get colds to build up their immune systems?” The problem is it may not be just a cold. To you, it may seem like just the sniffles, but to an infant, it could be life-threatening.

Children are often exposed to and infected with RSV outside the home, such as in school or daycare centers. They can then transmit the virus to other members of the family.

If anyone in your household has cold-like symptoms, particularly if an infant or other high-risk person also resides in the home, you should take preventive measures, including: 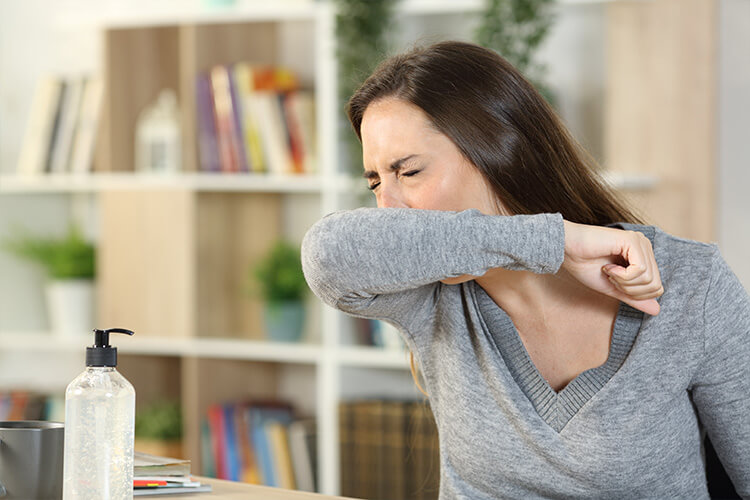 Parents of high-risk children should also help protect them by:

At Kelsey-Seybold Clinic in Houston, we take potential RSV infection seriously and will do all we can to determine if your infant or high-risk child is infected. We will also take action to help ensure that the condition does not worsen. We’re also happy to discuss preventive measures to help protect your child from being infected. 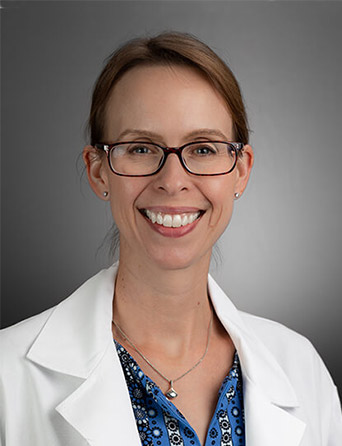 Dr. Suzanne Condron is a board-certified pediatrician and a Fellow of the American Academy of Pediatrics. Her clinical interests include obesity, nutrition, allergies, asthma, childhood development, literacy, infectious diseases, and preventive medicine.
Previous Post
Next Post