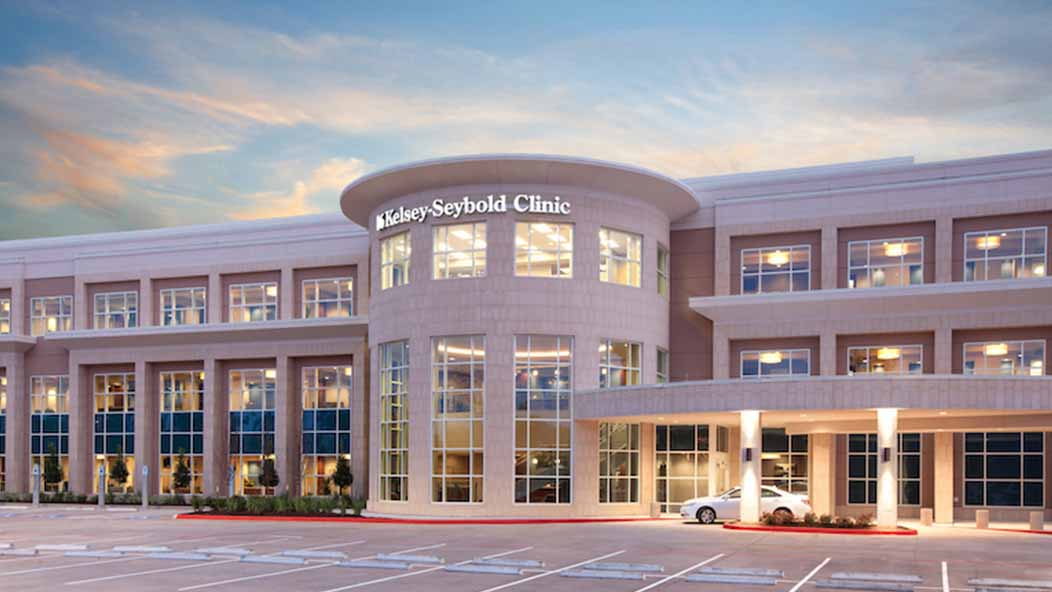 Dr. Mavis Kelsey had a dream – to create a “Mayo Clinic of the Southwest.” His dream became a reality with the founding of the Kelsey-Seybold Clinic in Houston’s Medical Center area.

Dr. Mavis Kelsey had a dream – to create a “Mayo Clinic of the Southwest.” His dream became a reality with the founding of the Kelsey-Seybold Clinic in Houston’s Medical Center area.

The clinic didn’t just thrive; it literally multiplied, with branch clinics springing up in other parts of town to handle the healthcare needs of Houston’s fast-growing population.

Kelsey-Seybold brought innovative ideas to the medical field, pioneered “company medicine” plans that provided healthcare for workers and eventually won a contract to service the medical needs of NASA employees. The clinic’s role at NASA expanded over the years, bringing recognition and prestige to the space agency as well as the clinic. Dr. Kelsey had much to be proud of, yet remained a modest man.

“I want to make a strong point,” he said at the age of 96. “I didn’t build that clinic alone. That clinic is the result of the work of many other partners, including my brother, Dr. John Kelsey.”

He attributed much of the clinic’s success to the doctors and staff, saying, “I think some of them made greater sacrifices than I did. There were a number of loyal people that stayed with it through its ups and downs. That is what made it succeed in the long run.”

Recruiting top-quality physicians and staff was always a top priority for the leadership of Kelsey-Seybold Clinic, Dr. Kelsey said. “Other clinics came and went, but I think the reason that we survived was because we kept up our quality, and we kept up loyalty and dedication to that sole purpose of delivering medical care.”

Houstonians apparently appreciated the kind of care they received at the Kelsey-Seybold Clinic. “We happened to know a lot of the prominent people in Houston and they supported us,” Dr. Kelsey said. “We treated everyone alike, whether they were rich or poor, but we had the support of many leading citizens who spoke well of us and that’s made a lot of difference.”

Dr. Kelsey worked at the Mayo Clinic before coming to Houston in 1949. “There is a spirit there,” he said. “I think we caught onto that spirit and followed those principles and I believe that experience contributed to our success.” He added, “A lot of us were in the Army and Air Force during World War II. We learned teamwork, and we learned a lot about administration. We were able to apply it when we started the clinic.”

Forever attributing the clinic’s success to others, he joked, “I’ve been retired 16 years and the clinic has about tripled in size in that time. It may be that the quicker they got rid of me, the better it grew!”