Almost everyone knows someone who has been diagnosed with diabetes. In fact, an estimated 25 million children and adults in the United States have diabetes, and this number is rapidly growing with two million new cases each year. The increasing trend in the onset of diabetes –particularly Type 2 diabetes – is due to several factors, ranging from genetics to daily lifestyle choices. Diabetes is a major health problem worldwide. The best way to understand diabetes is to educate yourself on the different types and risks associated with this chronic disease.

To begin to understand diabetes, it’s important to know how your body processes food to be used for energy. During digestion, food is broken down into tiny components that include sugar (glucose). The pancreas, an organ near the stomach, produces a hormone called insulin. Insulin is responsible for facilitating glucose getting from the bloodstream into the body’s cells. This hormone is necessary because glucose is the basic fuel for the cells in the body. If the body isn’t making enough insulin to keep up with the amount of glucose in your bloodstream, or if the body is having trouble making its own insulin, blood sugar may rise to dangerous levels. Over time, high blood sugar levels can lead to the onset of diabetes and more serious health problems.

Diabetes includes two main types: Type 1 and Type 2. In addition to these types, there are two potentially reversible diabetes conditions known as prediabetes and gestational diabetes. Whatever type you have ultimately means there’s too much sugar in your bloodstream.

Type 1 diabetes is usually diagnosed in children and young adults. It’s a serious condition that occurs when the pancreas makes little or no insulin. A person with Type 1 diabetes needs insulin injections to survive and will need to work closely with a diabetes care team to monitor glucose levels and learn proper insulin management.

Type 2 diabetes is the most common form of diabetes and is typically diagnosed in middle-aged adults. Although their bodies still make insulin, it doesn’t work as it should. This is also known as insulin resistance. Type 2 diabetes occurs often in people who are overweight and live inactive lifestyles, but it can also occur for other medical reasons.

Prediabetes means the body is having trouble getting blood sugar levels down to a healthy range. This also means that without making some healthy lifestyle changes, the body will most likely develop diabetes.

Who Is at High Risk for Diabetes?

You may be at greater risk to develop diabetes if: 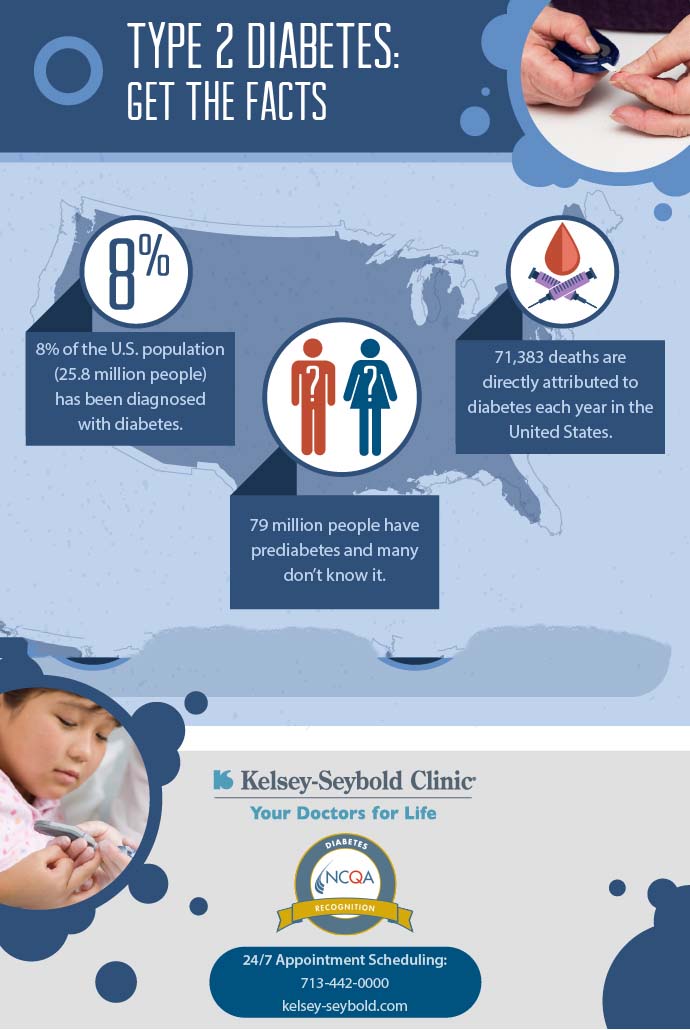