Individuals with cancer in their left breasts run a risk of radiation treatments negatively affecting their heart. It's due to human anatomy. The heart lies behind the left breast. But with AlignRT and breathing techniques used by the patient, those risks can be dramatically reduced.

Patients whose hearts have been exposed to radiation can have a heart attack … they can have heart failure. It's a late side effect that can occur two, five, or 10 years later. The University of North Carolina conducted a study in which they utilized a "spec scan," which is a cardiac test, to measure blood flow within the heart before and after radiation treatments. Within six months, they saw that 27 percent of patients showed a defect.

Statistics like those are why Kelsey-Seybold Cancer Center opted to utilize AlignRT. Research has shown that number can go down to zero percent with this innovative system.

Kristen Moore, a KelseyCare Advantage member, was one of the first Kelsey-Seybold patients to be treated with AlignRT.

Kristen was having a tough year. It began after she collapsed in her home and was rushed to the hospital. She was diagnosed with a mass on her ovary and had to have a hysterectomy.

While recovering from that surgery, Hurricane Harvey hit. Her Meyerland-area home flooded, and she and her neighbors had to be rescued by boat.

Being displaced, she postponed her regular health physical to deal with her home repairs. But when she did finally have her annual health screening and mammogram, she learned she had breast cancer.

She had a lumpectomy, which was followed by daily radiation. Because the cancer was in her left breast, Kristen was a candidate for the AlignRT.

"I didn't have any hesitation in using AlignRT. The physicians and everyone explained it to me thoroughly. I practiced my breathing at home so that I could do it successfully during my treatments," she said. 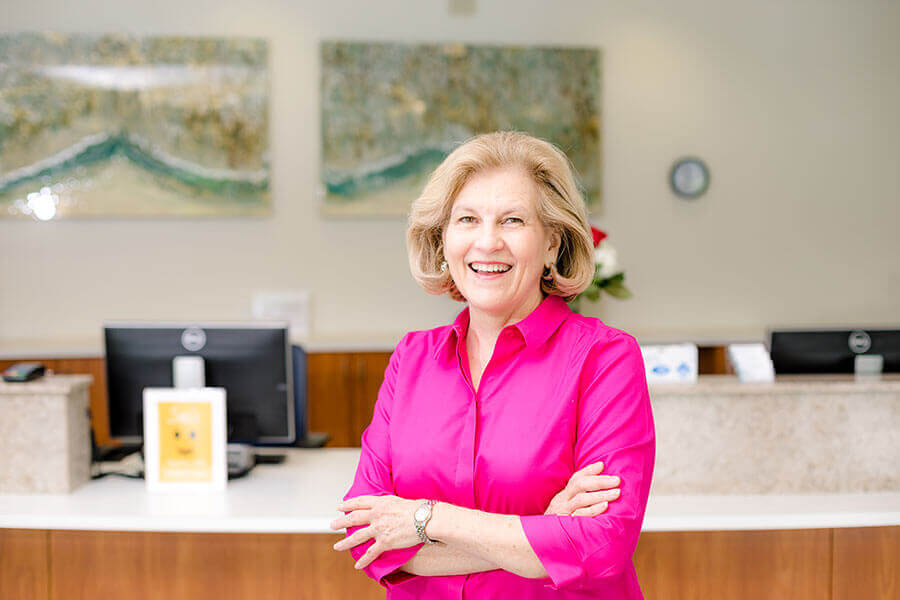 AlignRT uses surface guidance to determine the optimal time to administer radiation. When a patient breathes in, the heart shifts down and away from the chest wall. The patient holds her breath for about 20 seconds, during which time AlignRT administers the radiation. The process is repeated throughout the session, decreasing the heart's exposure to radiation.

AlignRT uses three cameras to see the patient from every possible angle. It's noninvasive, and there is no additional radiation exposure because it's infrared. We get the patient to hold a breath when we are planning out their radiation treatments. Then we also have them hold a breath during the actual treatment.

The system is constantly monitoring the patient, so if she loses her breath, coughs, or otherwise isn't in the correct the position, the radiation isn't administered.

Not all patients are candidates for AlignRT or need the breath hold technique. In these cases, the physician will develop a plan to minimize radiation close to the heart.

Since completing her radiation treatments, Kristen has no regrets about utilizing AlignRT. She has follow-up visits and is regaining her energy at home with the support of friends and neighbors.

"I'd tell anyone going through this not to let their imagination run away with them … and to just take things one step at a time." 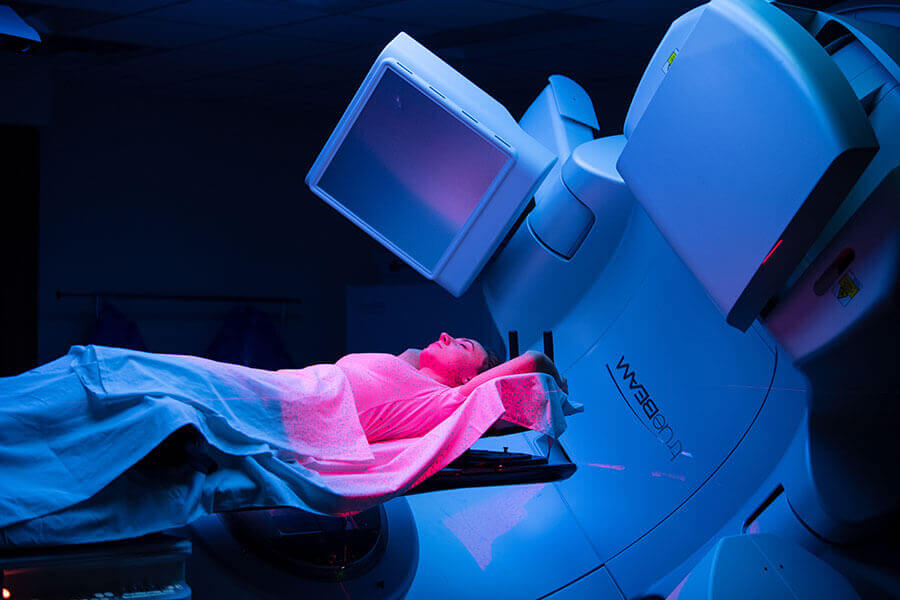 AlignRT technology reduces the risk of harming the heart when treating the left breast with radiation.

Our Contact Center is here to serve you, 24 hours a day, 7 days a week.